Because parents have to be brave first

One of my favorite things is learning from other moms. I can sit for hours soaking in their war stories and encouragement. Yesterday Christie shared about how to survive some of motherhood’s worst storms.

Today, as Jackson and I gear up for our first year of Kindergarten, I went knocking on my friend Amanda’s door because I think she’s one of the spunkiest and most generous voices in this great big Internet. I hope you find as much comfort in her beautiful words as I did. 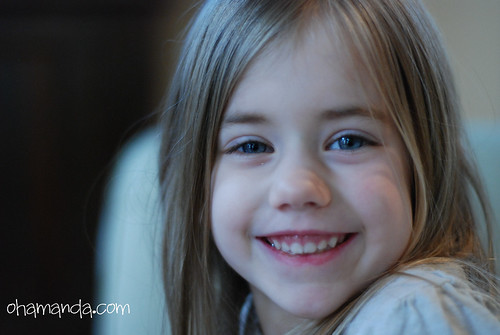 My daughter looks just like me. If it weren’t for the 70’s glow on my photos, it would be hard to tell us apart at the same age. We even have matching freckle constellations on our arms. I have to admit it warms my heart to know my stamp is on her for the rest of her life.

I also passed on some not-so-good things to her. She’s shy. I’m not so shy anymore but as a kid? Oh, it was painful. My mom did her best to help me conquer my fear. Like on my first day of kindergarten. She didn’t walk me into class. She didn’t hold my hand and take pictures of me at my desk. She put me on the bus, driven by a stranger surrounded by “big kids” and waved good-bye. I rode that bus all the way to school clutching my Care Bears backpack.

She wanted me to take that step of courage by myself. We had already checked out my class, my bus route and my school. I knew where to go. But doing it alone? It was a big deal for me.

Now it’s my daughter’s turn. The little freckle-armed girl that looks just like me started kindergarten last week. (KINDERGARTEN!) And instead of letting her hold my hand just a little longer, we strapped on her pink backpack and she walked into the school building alone. 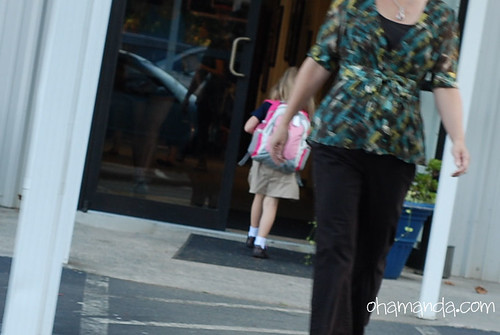 I had to let her go by herself. I wanted her to see something. To see she can do things she thinks she can’t.

I had to let her go by herself because I wanted her to see Someone.

I wanted her to see and know that God was already there.

He knows it. He’s intimately involved in it. He planned it. He wrote it.

So, if you’re like my mom, like me or even like my daughter, don’t be afraid of the future. Of change. Of the unknown. God has already been there. He’s there now. He’s preparing it for you. And He’s here. Preparing you for it. He’s leading you to that place. To His good end.

Amanda is a stay-at-home mom of two who blogs at OhAmanda.com and Impress Your Kids. In her former life, Amanda was a Children’s Pastor — overseeing, organizing and developing ministry for kids in nursery through middle school, but now that she is a mom, her “skills” are used up on her kids!