« For our mother’s daughters
Mom guilt. I’m getting over it. »

Take a deep breath. You made it. It’s Friday. 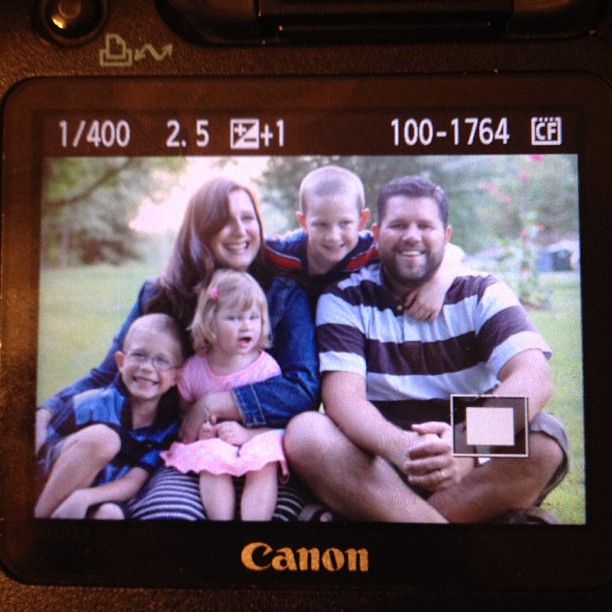 If you follow me on Instagram you’ll know we barely survived a family photo session last night. Made it through with an equal mix of whispered yelling, threats, bribes and the patient talent of our good friend Mallory MacDonald (Snaps). I tried to bribe her with dinner to forget her suggestion to take photos, but she got us all out the house and into the yard in time to catch the last of the sun.

And told me some stories about how every single beautiful, Christmas card worthy family photo she’s ever taken includes sweating mothers behind the scenes and crazy kids. I’m going to ask her to share some of those stories over here soon so we can let ourselves off the hook and remember that we’re all normal after all.

In the words of my friend the Nester, it doesn’t have to be perfect to be beautiful.

And it’s why on Fridays we exhale, silence the voice of the inner critic and all spend five beautiful minutes writing our hearts out on one prompt and sharing our art over here. Glorious in all its imperfection.

1. Write for 5 minutes flat for pure unedited love of the written word.
2. Link back here and invite others to join in. Here’s how.
3. Be generous and leave an encouraging comment for the person who linked up before you. That’s the best part about this community.

And if you don’t have a blog, feel free to leave your five minutes of writing as a comment. And we’ll love on you there.

And I sat for two quiet hours in the corner of a Swiss coffee shop and there were women as old as my grandma all tucked into tables and conversation and I just watched them. These women with their stories and laughter and bright red lipstick painted on lips that didn’t whisper lullabies anymore. These women with time on a Thursday morning to meet friends for quiche and coffee.

I sat nearby them and let their friendship wash over me. I caught her eye and she smiled and I wanted to tell her, “My daughter is nearly two and a half and she still woke me up twice last night.” And I wanted her to pat my hand, because she looked like the kind of woman who would do that, and tell me that it’s going to be OK because one day I will wake up and have a lunch date on my calendar and kids off at school and I will be meeting friends to tell them how homesick I am for right now.

I forget. I like knee deep in diapers and baby nap schedules still and I forget. Because you can hear it a hundred times and still forget that you’re gonna miss these days. These days layered in so much ordinary it’s hard to breathe sometimes. These days lavish with glory that’s found in the plastic princess that’s made her way into the sink with the rest of the dishes. The glory of panting and puffing boys as they hurl that football across the front yard and chase the sunset like so many puppies.

I swallow a gulp of my 7-Up and this lump that’s lodged in my throat.

Nothing but the wonder of today bottled in the table next door so full of memories that I haven’t even lived yet.

{Subscribers, you can just click here to come over and enjoy the fun!}