« Why your boring days matter (and your photos aren’t ordinary)
It’s not about wondering who your neighbors are, but about *being* someone’s neighbor »

On Friday’s we silence the inner critic. The loudest of all naysayers. And on Fridays we remind ourselves that The Word is for us and loves us and welcomes us.

Your words are safe here.

January will kick off our fourth year of Five Minute Fridays. I can hardly believe it myself.

So in sticking with tradition we’ll be taking December off again – a quiet sabbatical.

And we’ll be back to writing wild and free starting Friday January 3rd.

2014 holds so much promise. So many plans. A world of stories I can’t wait to share with you. But first I’m headed home to my beloved South Africa for Christmas. We fly out Monday night. With three children. You all pray for us, yes?

Tonight I have a much longer than five minutes post. Because South Africa lost a father today. 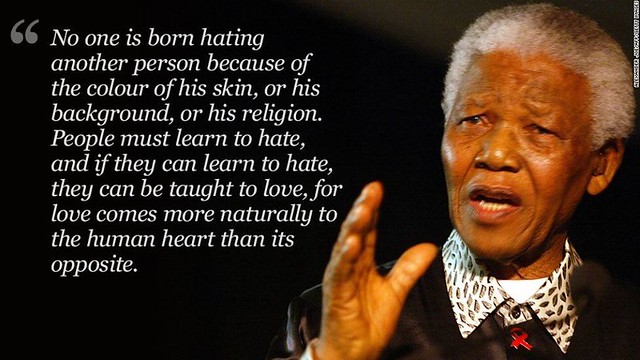 The writing prompt is “REFLECT” and this is my much-more-than-five-minutes post. I’ve shared the first five minutes below and the full post is over at Deeper Story today. Click through to read it all, won’t you. It’s a big old chunk of my heart.

Born under a Southern Cross sky I was the white toddler with dusky blond wisps learning to ululate before she lisped her first clicks and guttural pronouns deep in the mango groves of Zululand, back before it was Kwa-Zulu Natal.

Fresh out of medical school and into their marriage vows my parents raised me those first three years on the red dirt of a mission hospital far from the conventional borders of what South African society dictated in the 70s. They preached the kind of gospel that looks like refusing to live behind the barbed wire lines that preferred neat pockets of color all in one safe spot, like so, and so, and so.

They walked into the heart of community, my dad preaching in the chapel on Sundays and treating the malaria and the TB and all the tooth aches that the Sangoma couldn’t disappear during the week. When we moved to Philadelphia before my fourth birthday so he could pursue his M.Div. I would ask my dad one day at CHOP if I’d be getting an “umjovo” and my dad would have to translate for his colleague that no, injections were not part of the agenda.

Never been interested in having dinner with the famous or the massively photographed.

And have never considered myself overly involved with the lives of the people we observe through the lens of the television or Internet microscope.

Then why is this white girl a long way from South Africa tonight crying over an old black president she never met?

And we are homeless, homeless
The moonlight sleeping on a midnight lake

There is a song that echoes my homesick love story stranded between these two countries – the cherry blossom northern hemisphere of my now home just outside Washington, DC and the purple, Jacaranda-rain drenched capital city of Pretoria that for years was the dark heart of Apartheid and my home.

It’s been a tale of two trees, trying to find shelter and welcome beneath their bowed backs.

Mandela was home to so many of us who have lived in the in between.