Yesterday I had to talk down what felt like a hostage situation and while the whole story boiled down to about eight sentences it took 45 minutes of hysterical level sobbing to make sense of what had happened. Nothing says, “Happy Wednesday afternoon” like having your six year old come off the school bus in a blur of snot and tears and accusations at his older brother.

Just when you think you’re getting a handle on being the parent they pull the rug out from under you. And then you’re sitting in his bedroom feeding him mango ice cream and trying to hear him over his lisp and his full mouth and he blurts out the whole story. Your legal degree that’s been gathering dust for years is put to the test as you grill his brother and the neighbor kid and the neighbor kid’s sister because for the love what on earth could have precipitated this level of mutant crying?

And of course it turns out that he was in the wrong all along and it was partially being in the wrong that made him so wretchedly upset. Which, really, is a lesson for all of us, isn’t it? 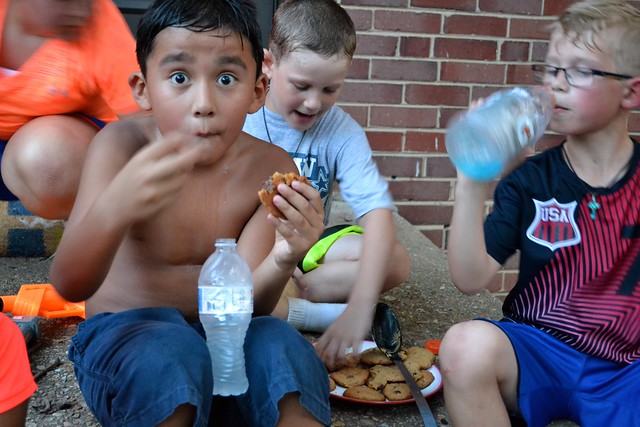 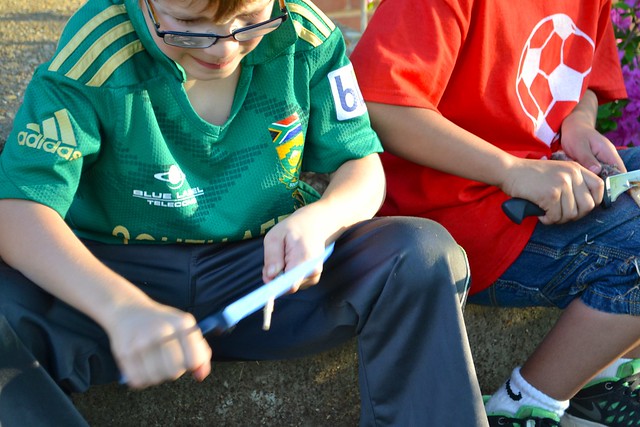 And still there was a baseball practice we had to make and a rainstorm we had to outrun and the same kid still ended up in a heap in the dirt because he and two other boys were playing “King of the Castle” with third base. I sat wrapped in Zoe’s Princess Sofia blanket and watched with the resigned eyes of a mother who is starting to believe nothing can actually surprise her any more.

There are tiny shreds of leaves super glued onto a poster as well as the corner of my dining room table.

It’s been a week but I finally folded the laundry that’s been teetering in the corner of my bedroom. Right before it fell over and I spent a two days stepping over it on my way to bed.

I’ve given up cleaning up after tea parties.

There’s always at least one toilet roll in this house that is no more than a sad scrap of paper that gives me the stink eye for not changing it.

It never ceases to amaze me.

But usually making it also includes me needing to barricade myself in the bedroom as soon as Pete gets home and pretending that the only thing I have to do is figure out who Lizzie’s dad is on The Black List.

They tell me that these long, slow days will feel like they flashed forward when I look back over the years. And that (theoretically) we’ll miss all this Lego dumped out all over the house. I like visual reminders.

So we turned some of the top 50 tips compiled by moms for moms right here on this blog into a reminder you can stick on your fridge.

Right as you open it to go get a second helping of ice cream before you cue up the new fall shows once the kids are finally, FINALLY in bed.

FREE PRINTABLE: REMINDER THAT YOU’RE AWESOME BECAUSE YOU’RE A MOM—-STICK IT ON YOUR FRIDGE OR FOREHEAD. 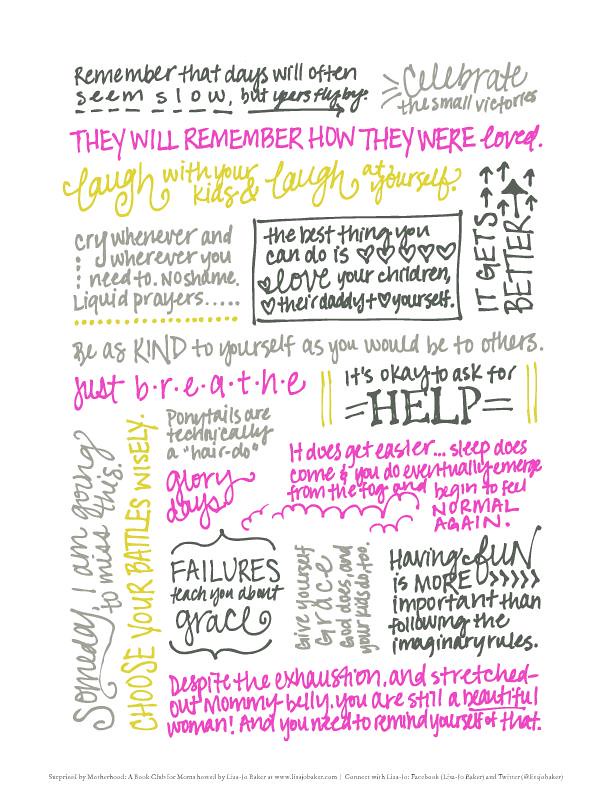 With thanks to (in)courage for the beautiful printable reminder –>if you need real encouragement, real bad, they’re the real deal.

Click here for their inspiration to slip quietly into your in box {and it comes with a 15% off coupon code to use on DaySpring.com}

Happy Friday to you all – we made it. Here’s to pizza nights and really great television. And kids who go to bed the first time we ask them. Amen?