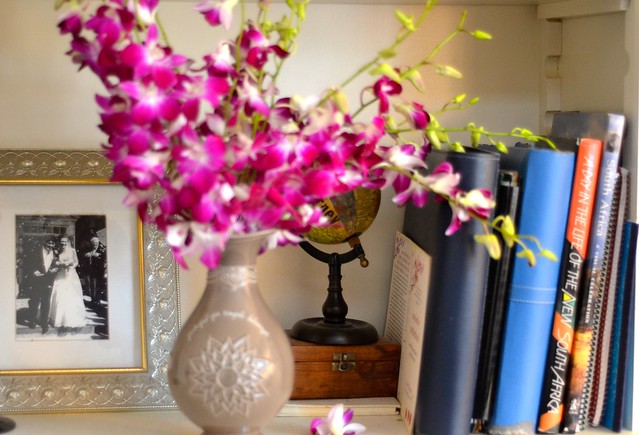 Much wiser women and men have addressed it and I’m not particularly keen on the idea of stepping into a big ol’ anthill of opinions.

But when you’re sweeping your floor, making your bed, picking up all the bits and pieces of the Lego set that somehow didn’t find a home in the final Star Wars concoction and the whole time you keep having the same conversation with yourself over and over again it’s likely that conversation is supposed to be a blog post.

I have been having this conversation with myself for over a week now.

And it’s begun to leak out of my fingers and into this blog post and so it appears we are now going to have this conversation together. If you want to pause at this point to offer up a short prayer for grace for all of us as we enter this difficult topic together that would be appreciated – because I’m so far out of my comfort zone it’s almost like I’ve become that person who meal plans a month in advance.

So here’s the thing – I’m a big Jennifer Lawrence fan. I love her awkwardness, I love her big mouth, I love her fearless approach to life and her wild encouragement of young women to be themselves. Just watch how she answers this reporter’s question about body image – I LOVE how he reads the question off his cell phone because HIS DAUGHTER SENT IT TO HIM TO ASK.

So please hear me when I say that this post is not a criticism of Jennifer Lawrence, but a question about what it means to raise our sons and daughters in today’s digital world.

Because you probably heard how Jennifer’s phone was hacked and personal photos stolen and sold online. I have not Googled them. I don’t think you should either. I’m a million miles removed from the life and phone of Jennifer Lawrence and still the news hit me like a gut punch. Because there were intimate images on her phone and as she says, no matter how much they pay you for your movies it’s not worth the phone call to your dad explaining to him that naked photos of you are about to surface.

The mom in me felt a protective fire burning up my insides and I agree with her that, “people should be ashamed for looking at the pictures.”

But then – then this came next – her explanation for the photos in the first place:

This is the sentence I cannot get out of my head.

When I’m dropping kids at school. When I’m helping with math homework, when I’m answering emails at work I just keep coming back to this sentence. It’s stuck in my mind. And in that really soft tissue right around my heart because I have a three and a half year old daughter and I don’t want this to be her future –

I want more for them than that.

I believe all their remarkably unique DNA from head to toes from eyelashes to dimples from crooked teeth to elbows is designed for something more exceptional than that.

Because if we believe that we’re not accidental tourists on this planet, that we were designed and informed for purpose, for calling, for Kingdom work by a God who named us good and knows us right down to the number of hairs on our heads then surely that same God has more in store for our children than the belief that–

And it is certainly not the message I want my sons giving or receiving.

There is a tidal wave of pornopoly bearing down on our kids that makes it hard to breathe beneath the propaganda of what is “normal” these days. But just because something is becoming achingly common in our culture does not make it normal.

Beautiful sons and daughters, you were made for more than the common.

“Do you not know that your bodies are temples of the Holy Spirit, who is in you, whom you have received from God? You are not your own.” 1 Cor 6:19.

And we, your parents, we get to stand in the gap and face the storm and the waves, the laughter and the presumption and we get to tell a different story.

It is not the prude who calls for less nudity and more intimacy; it is the radical.

It is not the legalist who believes in boundaries, but the realist.

Athletes, writers, composers, poets, astronauts, engineers, coaches, and mothers can all tell you that excellence, life, health and success come from discipline, self-control and sacrifice.

It’s our boundaries that give us the greatest chance at satisfaction.

We accept this as obvious in almost every other area of our lives. Gorging ourselves on food, alcohol, or inactivity is generally accepted as irresponsible with inevitably unfavorable outcomes.

But we, the parents of the kids growing up in this age of fast-food sex, we can show them other choices; we get to tell them a different story.

Peter and I started dating the summer of 1996 in the hot, humid downtown of Washington, D.C. He kissed me under the trees at the edge of the Capitol fountain. I was all 4th of July fireworks and other clichés on my insides. And then we spent almost a year apart. That was back before reliable Internet and every day email accounts. We wrote letters. They took weeks to arrive because he was overseas for a semester.

The slow was the part that made it meaningful. Because he chose me and that meant waiting for me. The waiting was what made his love register so deep in a girl who had a hard time believing in people or their promises.

There is power in waiting for someone.

There is intimacy in denying yourself for someone else.

There is security in knowing the promise of you is enough to hold a good man.

Hold him by his heart and not his eyes.

Hold him by his word and not by his libido.

Yes, it can mean going without.

Yes, it means denying what you want in favor of what you love.

But I want my sons to learn self control in this area of their lives as much as in any other.

And I want my daughter to believe that she is loved for her whole self and that she is never required to compete with the make believe of the Internet.

That is empowerment. That is love. That is the third choice that I want to teach my kids.

Day in and day out. One conversation at a time. This radical notion that we are more than the sum total of what we can offer to someone else.

We are what someone else has already offered up for us. The Greatest Gift from the Greatest Lover who gave up His life, His Kingdom, and His entitlement for us.

Jesus Christ, who made Himself nothing in order to make much of us.

Who waited for us beyond doubt, beyond despair, beyond rejection and heartache and our disowning Him to come and offer Himself as the peace that would make us whole again.

My precious sons and daughter – you are not your own, you were bought at a price. Therefore honor God with your bodies.

And I promise – I promise you this – He will be faithful. And with Him you will not have to worry about being dishonored, deleted or discarded if He is your choice.

Additional resources by people much wiser than me on this issue: