What to Do When Our Kids Are Looking For Heroes In a World Full of Beliebers, Subway Jared and Ashley Madison 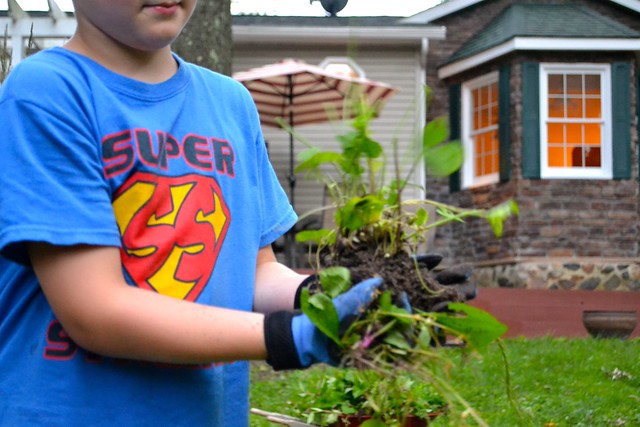 They notice sports stars and singers and tween celebrities.

They see the kids who have their own youtube videos that get 1 million hits for putting together a Lego set or opening that new toy and reviewing it for other kids.

They hunger and thirst for something to believe in that is bigger than their tiny souls.

I believe that’s because it’s how we’re created. How we’re designed.

We’re created for a God who fills us up with awe and wonder. A God who out of all the infinite galaxies created one, small spot, one tiny pocket of perfect oxygen, temperature and climate where humanity could exist – the pale, blue dot that we call home.

And I watch my sons growing up and looking around them in awe at the world we’ve been given – and they hunger and thirst for something that is worth believing in.

I really noticed it for the first time this summer when my first-born asked me about his favorite sports star – “but has he done anything bad?”

And at first I didn’t get what he meant.

Because who hasn’t done something bad?

Who’s immune from the crippling brokenness of this world we love, where we all battle our own terrible bad choices every day?

But I went back and replayed his brave question over and over, the way parents do. And on a closer listening I heard what he was really asking – who can I believe in?

Our children need heroes they can believe in.

And the Internet, the headlines, the YouTube channels with millions of subscribers, they’re falling over themselves to give our kids just that.

They want to make Beliebers out of all of us.

And our kids are starting to believe.

When asked the age old question – what do you want to be when you grow up – a recent UK study of kids between ages 5 and 10 found, “The desire for fame and fortune came ahead of professions involving helping the public, including being a fire fighter or a doctor.”

Perhaps because the terrible lie that lurks beneath fame, beneath this craving to be our own reality show, is that it will somehow, some way, make our lives better.

My seven-year-old son watches the episode of Zac Efron – the kid he loves from High School Musical – as he joins Bear Grylls in Running Wild – our favorite show – and he’s confused.

At first I’m confused about why he’s confused.

Because I loved watching Bear and Zac – watching how Bear leans in and listens and encourages a young celebrity in his attempt to carry the terrible weight of fame.

But my sons, they’re disappointed by the episode. They keep asking me questions I didn’t expect.

There’s one that hurts to try and answer – “But why isn’t he happy? He’s famous!”

And there it is.

That fame makes us better than before.

Instead of the ugly truth. That fame can cripple us and power corrupt us and money rob us.

We grown ups can become complacent to this reality – we’re so used to it – we barely notice the US Magazine headlines about the next starlet who’s overdosed or the celebrity marriage that’s imploded.

Until my son notices it in his High School Musical hero and I read the headlines.

The news about Subway Jared made my hands shake: “Jared Fogle used wealth, status and secrecy to exploit children.”

And one might ask what’s the point of writing about what we all know is evil – because it’s so obvious.

But my kids are looking for heroes these days and I have to pay attention so I can tell them in no uncertain terms that fame is not where we go when we’re looking for something to believe in.

Neither is the pulpit or the soccer field, the stage or the radio stations for that matter.

Because if there’s one more terrible reminder to come out of the Fogle case it’s that power and influence is supposed to protect the vulnerable. Not prey on them. And that often fame gives slippery, lying license to do just the opposite.

Operating in the shadow of its own spotlight fame (or wealth, or power) will defile itself and us.

My sons want heroes and instead I look around and see sports stars who have long since stopped playing for the love of the game, franchises built on the backs of children, police officers who haven’t been the good guys, and the most recent Hollywood nanny-gate that some are celebrating as a symbol of female empowerment.

And then there’s the Subway sandwich guy who for the last several years we’ve associated with a heart warming, everyman’s weight loss tale. A tale that catapulted him to celebrity status, undercover of which it turns out he has been paying “adult prostitutes a finder’s fee if they could connect him with minors for sex acts, including some as young as 14 or 15 years old.”

In his plea agreement he will pay the 14 minors $100,000 each in restitution. As if that could possibly make them whole?

But his spotlight moments distracted us all from what was happening in his ordinary, everyday life.

Pay attention to what happens in your ordinary days when the spotlight is turned off.

Because we’re easily blinded by how people spend their ordinary time, the time that counts and adds up to a lifetime, because we’re so distracted by the bright, glare of their spotlights.

Or the culture of celebrity pastors so often prone to affairs.

We can all buy into our own headlines, our own billboards, and be easily bedazzled by who others think we are.

But sons, it’s when the lights click off and you go home, take off your shoes, load the laundry, that you will have to look yourself in the mirror and still recognize who you are.

The times when no one is watching but us and Jesus are the times that will define us.

Give me your private moments, sons, and I’ll show you who you are.

And I’ll show you whose you are.

Because we none of us belong to ourselves.

We are tenants, stewards of every breath we breathe, wholly answerable to the God who breathed life into us.

What I’m trying to say, sons, is that there is only ONE famous one. There is a God who made you. And everything else is on loan. None of it is ours.

But all of it will have to be answered for.

All of how we spent it, sang it, lived it, chose it, spoke it, blamed it, exploited it, fought it, or loved it.

We will have to answer for all of it.

“For we must all appear before the judgment seat of Christ, so that each of us may receive what is due us for the things done while in the body, whether good or bad.” 2 Corinthians 5:10 (NIV).

It can sound scary. And maybe somedays it should; maybe we forget far too easily the weight of glory that’s been entrusted to us.

But the Good News is that the person we’re answering to is the most famous one who deliberately laid down His glory, His power and His fame for the least of these. That’s you, my boys. And me. And the neighbor down the road and across the globe.

So, sons if you truly want to be known, then tuck yourself, your reputation and your aspirations into the crook of His name. Walk your ordinary weekdays with your extraordinary God and you won’t need fame to find relationship or glory to find recognition.

As Oswald Chambers wrote, and Emily Freeman quoted in her remarkable book about embracing the everyday versions of ourselves:

“It is ingrained in us that we have to do exceptional things for God – but we do not. We have to be exceptional in the ordinary things of life, and holy on the ordinary streets, among ordinary people – and this is not learned in five minutes.”

I’m still learning it. I imagine I will be learning it for the rest of my life.

Between my dirty dishes and the mice I can’t get out of my kitchen. Between my deadlines and late nights reading favorite books. Between scraping the mac ‘n cheese out of the pots and starting the dryer, again, I am learning that I am known right here and now and that is enough.

Come sit by me sons on this old saggy sofa at the end of another week and we’ll practice looking each other in the eye. Because all heroes and all hypocrites begin as somebody’s son or daughter. Ordinary is our daily bread, necessary for our survival, and all our broken-down disappointments are arrows pointing home.

Because there is only One worth following and you’ll recognize His voice when He calls you by name.