Feb 2, 2017 | Cheering for you, Motherhood, No more mom guilt, Rabid fear of parenting, When your temper scares you | 5 comments

« How to have a scream free morning routine– for the mom who’s tired of parting with tears and guilt (again)
First Look & FREE Chapters from My New Book! »

I had no idea I had a temper until I had kids. I’ve been on a mission to tame it ever since then. 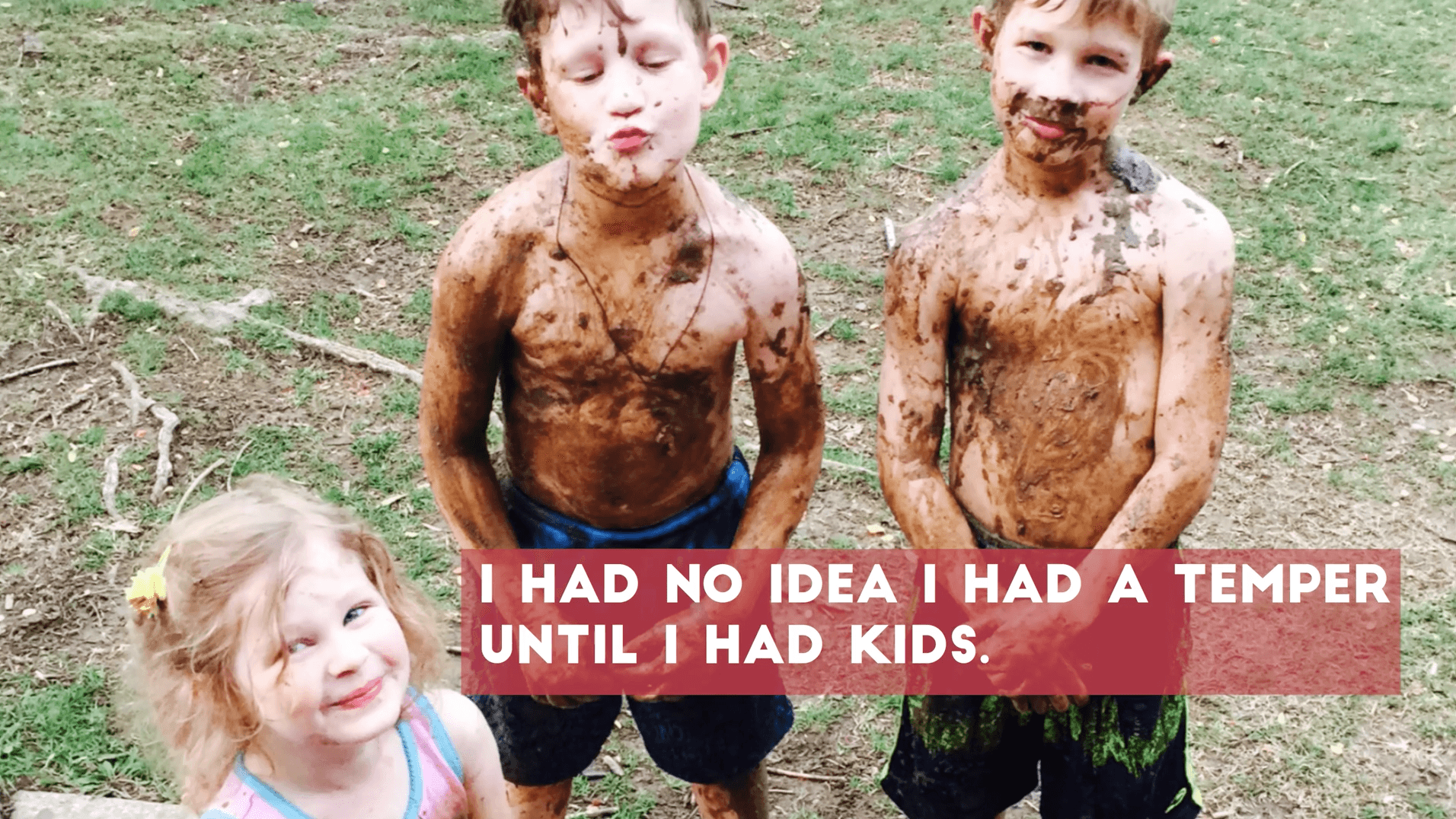 It’s been the most painful and humbling journey of my life. I’ve shared a lot about it on the blog. I’ve made progress. I’ve been proud of the progress I’ve made.

And then one afternoon, right after church it happened.

I didn’t expect it because I’d been doing good with my temper. I’d been keeping it together. I’d been aware of my pressure points and paying attention to my own short fuse.

But no one can push our buttons quite like our kids can.

And one of my kids was so defiant, so rude, so unreasonable that it happened before I could process it was happening. It was just there. Rage. Rage poured through my veins like red hot lava. Like poison. And I turned on him. I turned on the boy I love, the boy who has taught me more about my own temper than anyone else. I turned on him as he sat deliberately not looking at me at our farmhouse table and I started screaming.

I screamed directly into his face.

I screamed so long and so loud that my throat hurt.

I screamed long enough to hear my inside voice begin protesting in panic —- no, no, no, no what are you doing? Stop, stop, stop. Put on the brakes. Red light! Warning.

But there was no stopping.

The scream had become its own entity and it roared out of me and deafened me and shamed me and still I kept right on screaming.

My throat hurt for three days after that scream.

Every time I tried to talk to my kids I was reminded of the damage I had done.

The guilt sitting there scratching the back of my throat.

By the time I was done my temper tantrum both my other kids were crying as well. I slid to my knees and my wide, stunned eyes took in the chaos I’d created.

These are the kids I would die for. But I won’t reign in my temper for them?

Anger is the dark underbelly of motherhood that no one talks about.

Because who wants to admit it? Who wants to say out loud the things they wish they’d never said.

No one wants to be that mom. But I have been. I’ve been fighting for years to get off that merry-go-round of frustration and yelling and blaming and do-overs and overs and overs. It’s been very slow going. And even after years of progress there are still instances of set backs like that Sunday.

So I get up off my knees and go to find my boy. He’s sitting in bed with the covers pulled over his head. I don’t even try to make him look at me or come out. I just sit down and start talking to him. I stare out the window and describe my own childhood. My story of a father who loved me, no doubt, but who would also let his temper pour out of him in hot, angry words that burned my tiny heart.

And I tell him that I believe we can write a new story. Him and me. But that it will take work and that I’m going to do the work. I’m going to do what moms do – we make a plan and we make things better.

Slowly he slides over to my side of the bed and I feel his wet face press into my arm. I pull him against me and we sit for a long time and look out at the sunshine through the blinds. I believe in a God who makes all things new. Especially tired moms who battle their own tempers. I believe He is a God who writes new stories and changes the legacy of families.

We have been doing the hard work together for years now. And when I look back on the legacy of my motherhood this deliberate journey to take control of my temper will be the thing I am the most proud of. The most relieved to have been part of. The most grateful. And the place I’ve seen the most measurable progress in my life.

Trying to take control of your temper while you’re in the middle of it is almost impossible.

The trick is figuring out how to take control of your temper BEFORE you lose it. That’s where you win the battle. That’s where we’ve seen the most change in me and so also in our family.

So I’ve finally done something I’ve wanted to do for YEARS!

I’ve packaged up everything I’ve learned (the hard way) over the last decade of parenting so that you can put it into practice in your own homes. And I’m calling it The Temper Toolkit.

The Temper Toolkit is a labor of love from me to you — a collection of practical strategies, honest stories, and Biblical resources from one mom to another to help you take control of your temper BEFORE you lose it.

But it’s how we took real life action for real life change in our home. And that change had to start with me.

So for the cost of one exhausted drive-through dinner with the kids after a day of meltdowns, I’d love to sit down with you and share every single thing I’ve learned about taming my temper. Because I believe you actually can.

Gosh, those sure went fast!