My friend, Kate Motaung, feels like a sister even though we’ve never met in person. She’s married to a South African and they live in Michigan. I’m married to a Michigander and for years we lived in South Africa. She gets what it’s like to live life in between countries and strong-willed kids. I’m so pleased to be able to share this post from her with you all today.

My friend, Jill, sat across the table from me and let out an exasperated sigh.

She drew in a long sip of lemonade, as if the cold drink could quench her thirst. The truth was, she needed far more than the lemonade and I had to offer.

Jill had just poured out her soul to me about her wayward child. How he pushed boundaries at every opportunity. How he spoke hurtful words that cut deep. How he showed no remorse.

She thirsted for rest.

Her son annoyed her more often than not. “I’m embarrassed to admit it,” she confessed, “but sometimes I don’t even want to be around him.” 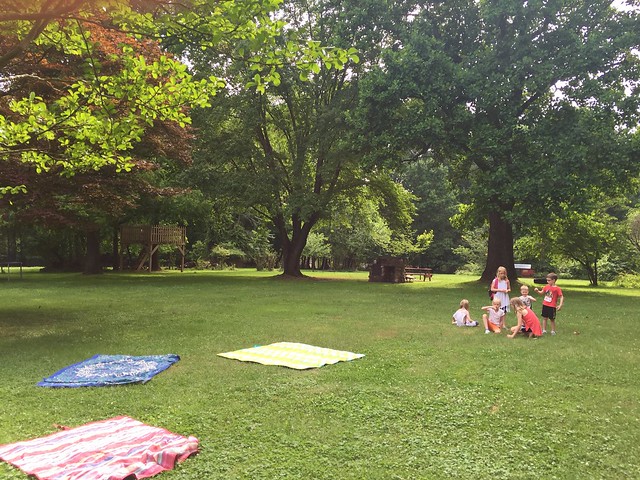 After all that she told me, I couldn’t blame her. I would’ve felt the same way. If I’d been in Jill’s shoes, I would’ve been tempted to bite back. Maybe even write him off and walk away.

I caught myself wondering, “How could her son be so callous?” But as soon as the question crossed my mind, another one stepped on its heels: “But wait – don’t I do the exact same thing?”

Guilt stabbed my conscience as the truth became clear:

I am that wayward child.

I rebel against my heavenly Father every day. I do things He doesn’t like. I say things that offend Him. I walk on paths He tells me to avoid. I grieve Him.

And yet He still loves me.

He keeps giving grace. He continues to forgive. Rather than turning His back, He stretched out His arms on a wooden cross – “For I have loved you with an everlasting love,” He says.

My friend is weary. She’s tired of the rubbish her son keeps dishing out. She wants a break. But she serves a God who is “compassionate and gracious, slow to anger, abounding in love” – and she wants to be like Him.

She serves a God who beckons, “Come to me, all you who are weary and heavy laden, and I will give you rest.”

As we finished our lemonade, I stared at the empty glasses on the table, and I saw my own emptiness. Without God’s presence in my life, I am nothing.

I knew I couldn’t do anything to meet Jill’s needs. But God can. So I closed my eyes and prayed that both Jill and I would take Jesus’ yoke and learn from Him – for His yoke is easy, and His burden is light.

Meet Kate: Kate Motaung grew up on the shores of Lake Michigan before spending ten years in Cape Town, South Africa. She and her South African husband have three children. Kate is the author of the e-book, Letters to Grief, hosts the Five Minute Friday blog link-up, and has contributed to several other online publications.

She blogs at Heading Home and can be found on Twitter @k8motaung.

Kate’s memoir is scheduled to release through Discovery House in 2017.

Get a FREE COPY of Letters to Grief, plus two free adult coloring pages, HERE!