« I’m not into New Year’s resolutions. Instead I do this.
The parenting moment I’m the most ashamed of (and what I did about it) »

There’s a morning I wish I could forget.

But the memory is lodged in my mind like a splinter. So I try not to go to near it because it hurts. This painful memory of a painful morning.

That pressure cooker time of day.

That hour and a half when every single child will inevitably want something different to eat, lose a shoe or both socks or suddenly decide none of their underwear fits right.

That time of day when you’re trying to be on time. Just once, for mercy’s sake can we not be the ones pelting out the door as the bus chugs away. Just once can the toddler agree to eat out of the red bowl. Just once can we make it with some semblance of normalcy instead of melting down into temper tantrums and tears and guilt. Oh that terrible guilt.

I would dread the mornings. I would pray and plan and hope they’d be different.

But then I’d wake up and find myself sucked up onto the ridiculous hamster wheel of bickering and snapping and how on EARTH did you manage to lose your sneakers between last night and this morning?!

I survived the mornings. Just barely. 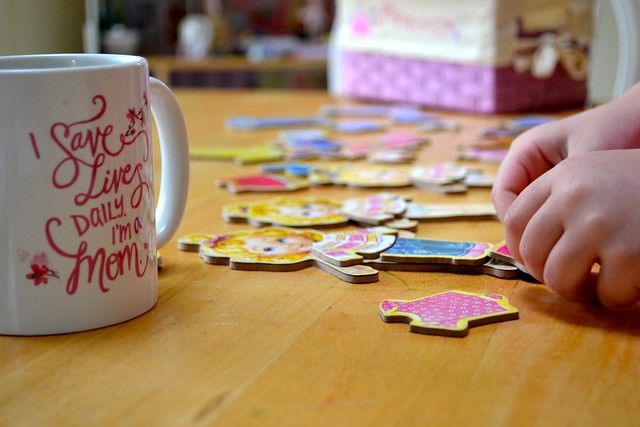 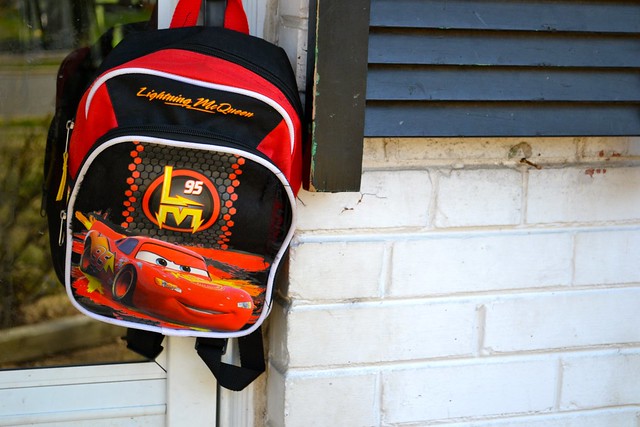 But then came that day.

We were living in the second rental house in Springfield. The day when the mornings had spun out of control for so long they felt like a haze I’d accepted that I couldn’t seem to fix. Where one kid was a constant battering ram of constant disagreement and I constantly took the bait. He wouldn’t eat what I’d made him. He was rude. Obstinate. Red-faced. And my blood pressure boiled over and so did my snapping at all the other kids too.

We waged war over the stupidest things — those things that are also the most frustrating. Put your socks on! Why didn’t you pack your homework yet? Sit down and eat your breakfast! Stop rolling your eyes at me! Yes you have to go to school! No it’s not my fault that can’t find your spelling sheet!

I waved my arms and made wild statements I didn’t mean and slammed the milk down on the counter and all the cereal bowls shook. And then under all that screaming I heard a quiet noise. It was because it was so quiet that it stood out in my mind. My soft-spoken kid, the one with glasses and my blue eyes. He had his head bowed low over the breakfast counter and tears were quietly trickling down his cheeks. And what he whispered under his breath is burned in my mind.

Why is everyone in this family always yelling at each other?

That was when I knew something had to change. And that something was me.

I wanted a different story for our mornings.

I wanted to dismantle the disastrous hamster wheel we were trapped on.

I wanted a do-over. I wanted scream-free mornings.

So, slowly slowly I started doing things differently. Things I thought I couldn’t change, we did.

And it’s been the change in our family that I treasure the most. The change I literally comment on every single morning to my kids because I can’t believe that this life in a scream-free house has been possible.

So I packaged up the things that have worked for us. The simple tips that have made a radical, life-giving difference. Take it from a mom who thought yelling was the only thing to get everyone out the door on time.

I want you not just to survive during the crush of the morning rush but to thrive.

So I created a FREE video training (and a printable checklist) with everything that works for us.

It’s called The Scream Free Morning Routine. And I hope it helps you write a different story for your mornings too.