When Scared is the New Brave

We’ve been in Northern Michigan for 10 days. I couldn’t get a single bar of reception on my phone. It was about the best thing that’s happened to me all year. No Facebook, no Twitter or email or Instagram. I forgot to compare myself to anyone else. I forgot to feel afraid of what she was doing and I wasn’t. I forgot to be anyone other than just wholly myself. I forgot to be afraid.

I don’t know about you, but being brave is work for me. Every morning when I wake up I have to take a deep breath and remember that there is the calloused hand of a Carpenter-turned-Fisherman waiting to hold me tight and lead me through the jungle of fear that waits for me. My friend Annie knows what that feels like. She has a book launching today – it’s called, Let’s All Be Brave – and it’s for you and me and every other woman blinking tired and wary at the day who needs the reminder that she has the courage to put both feet on the floor and walk into the day.

I stood on the land side of a high wooden swinging bridge. You know, the kind that Indiana Jones would cross with trepedation and probably step on a rotten plank and his leg would fall through but not his whole body because he’s strong like that? Yeah- it was one of those bridges. 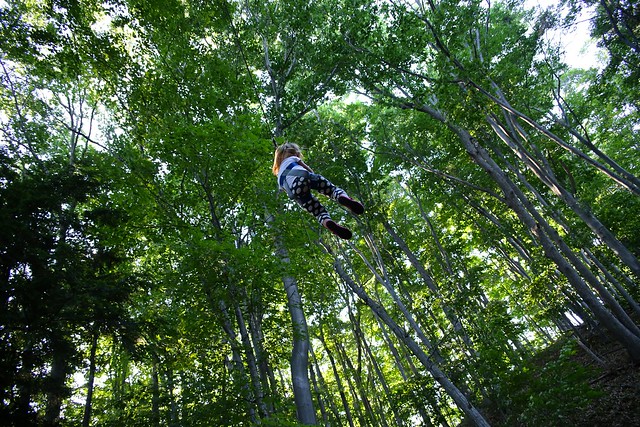 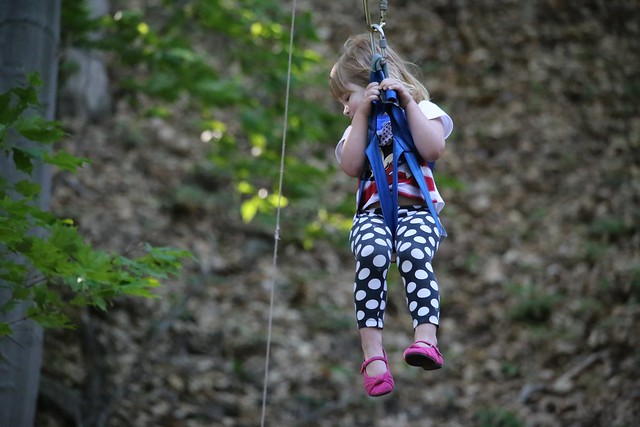 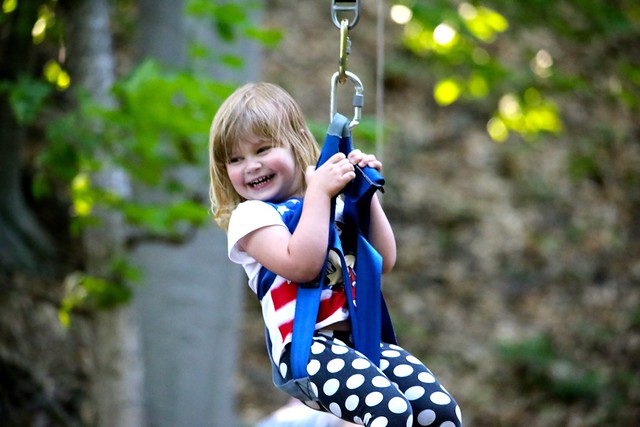 On the other side? An island of the greenest meadows that Ireland had to offer.

Oh yeah… did I mention that said terrifyingly high and shaky bridge led from the mainland of Ireland to a beautiful island off the East coast of Ireland? So that.

It was beyond beautiful. The greens and the blues and the hills.

But I was scared. Really scared. 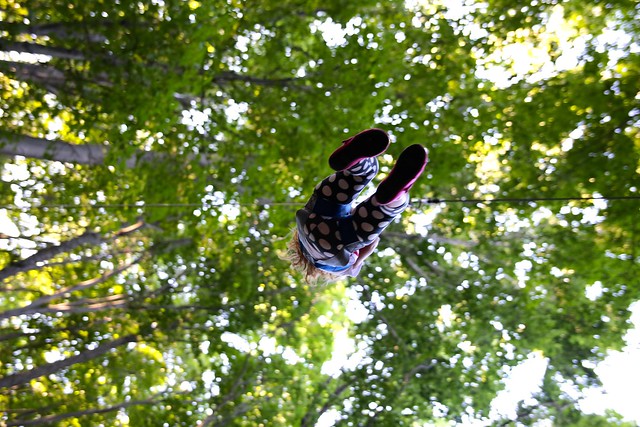 Though no one had fallen through or died or been injured by this bridge, I knew I’d be the first. (Spoiler alert: I wasn’t.)

I also knew, standing there with a crowd of my friends, that I would probably never be there again- at that spot, with those people, with the chance to frolic on those meadows.

I walked. With a shake in my step and fear written on every corner of my face, I crossed that bridge and unfortunately had to cross it again to get back.

But in the middle? Over on that island of green? It was pure joy.

I never stopped being scared. I never “overcame” the fear in the moment. I just took a step. 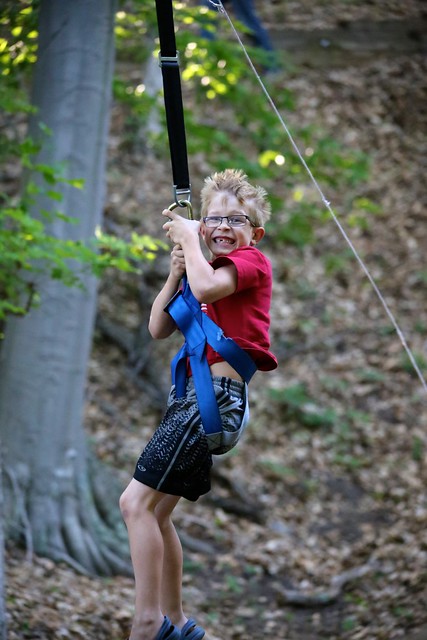 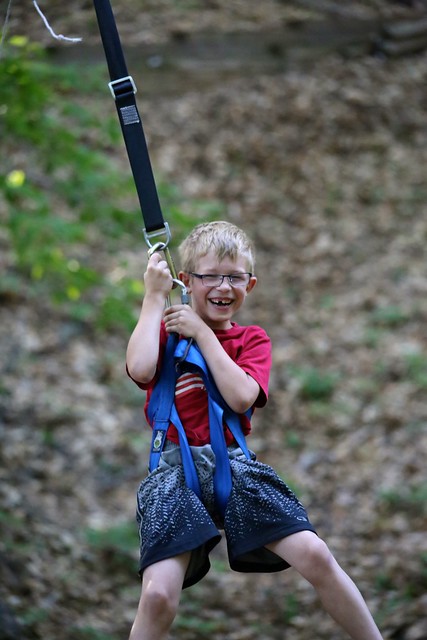 A lot of times, we imagine the brave ones as the people who don’t feel fear.

But in my new book Let’s All Be Brave, I describe brave people as the ones who feel fear but refuse to listen to it. It will whisper or shout or sing-song in your ears, but that doesn’t make it true or mean it deserves your attention.

It’s brave to get out of bed and take care of your kids when all you hear is that you aren’t capable of it today.

It’s brave to step back up to the plate when you struck out last time and fear you’re going to do it again.

It’s brave to delete that Facebook friend when his emails get uncomfortably familiar, even when you hear a whisper that it’s no big deal.

Lisa-Jo says it to us all the time- brave is the new scared. It’s true- brave isn’t this far off thing that happens for those who stop feeling scared. Brave is you and me, standing right where we are, feeling the scared feelings, but not letting them dictate our future. 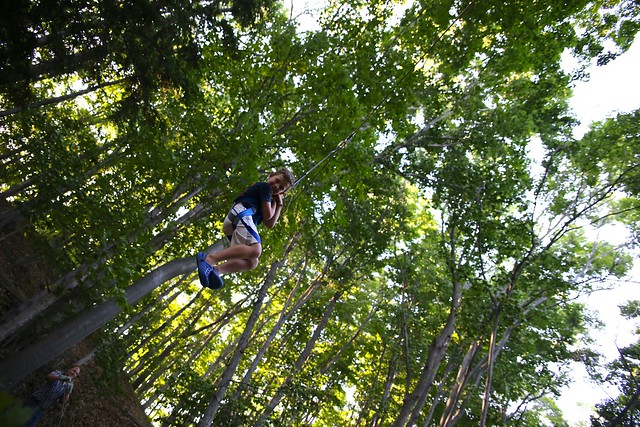 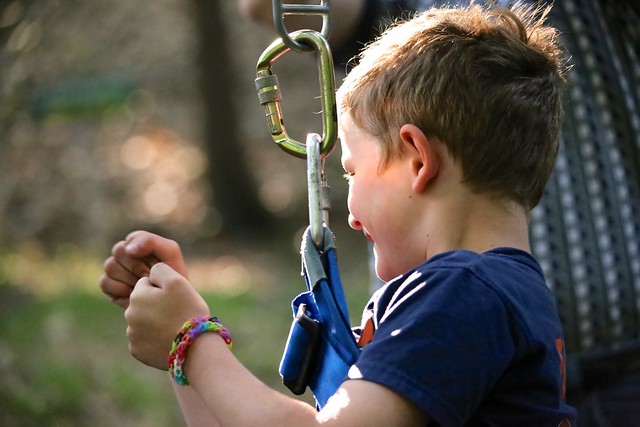 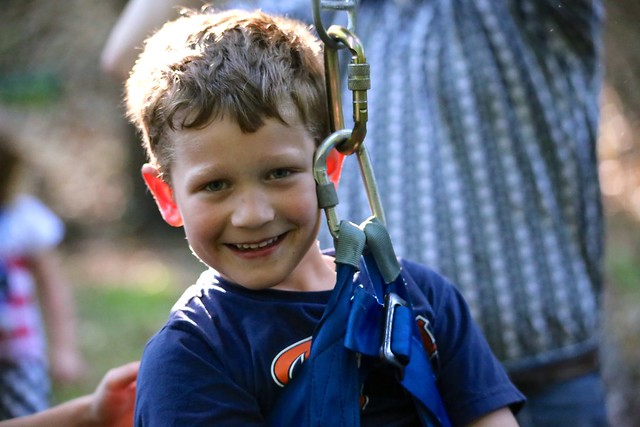 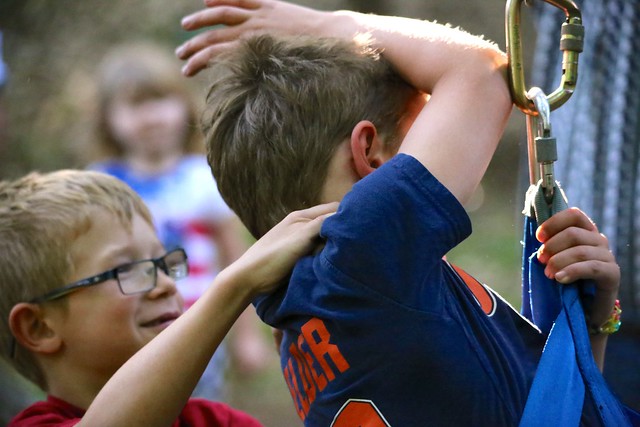 Photos of the Baker kids on their uncle’s home made zip line up North by Joel Moore Photography; courage entirely their own. Seriously, click here and pick up a copy of Annie’s book – I think we all need to remember how to feel as brave as a three year old on a zip line again.