The ninth month is the slowest

« How to understand a homesick, white, South African
Five Minute Friday: I feel the most loved when… »

I am hot and bothered and my tummy hurts from all the baby bits trying to bust out. And the coughing. There’s been a lot of coughing since I finally caught whatever my kids have been batting about between one another this winter. I caught it last week and this week it’s got me feeling like I just ran some practice labor laps.

For reals, try coughing your guts out next time there’s a watermelon strapped to your insides.

Not so much with the fun.

So, I’m slower now than I’ve ever been at this stage of the game. Except for my belly button, which has taken on a life of its own and scares me how far it has decided to poke out into the world.

I still don’t have any real “pregnancy photos.” I keep wondering if I’ll get around to it. And then I look over at my laundry and try not to laugh because laughing hurts. And I waddle back to the bedroom where me and the boys have set up camp. Me, the boys, and their toys that have taken it upon themselves to start to multiply at warp, rabbit speed.

My house, my laundry pile, my kitchen, my carpet, or my peanut-butter-smeared-kids (don’t ask). 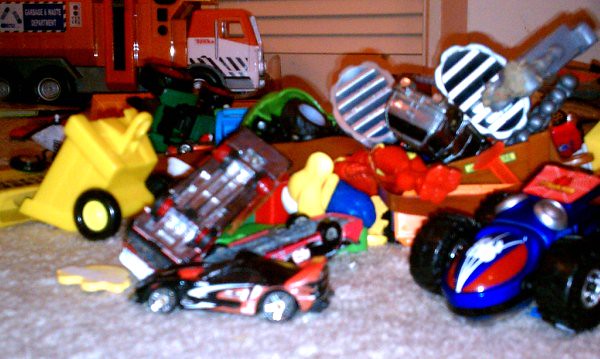 But it’s us. It’s us right now in the in between while we’re just four and before we become an official five. It’s us reveling in the mess because it’s ours. It’s the jeans and strewn T-shirts that testify to a night spent wrestling dad. It’s the basketball hoop and orange trash truck that smack of delicious satisfaction when viewed through the eyes of two boys. It’s the delicate little girl dress lain out next to the Tae-Kwon-Do uniform.

It’s slow and uncomfortable at times. But it’s also worth savoring.

Because the in between is the now. Worth cupping in hands, tucked in bed between small breathing bodies who won’t vacate because they seem to understand instinctively what grown ups have to learn.

The in between is the now. And it’s the now that counts. It’s the now that’s the whole story, the once upon a time and the happily ever after all wrapped up and ready to be lived.

How are you spending your now?