Having a bad day doesn’t make you a bad mother

You’ve kept your temper all day against the onslaught of his. You’ve given grace and he’s yelled that he’s running away and started off down the block with face red and furious. 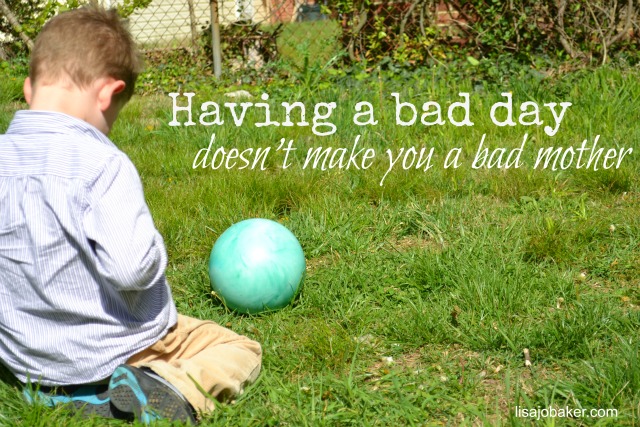 You’ve given him the right color cereal bowl, you’ve helped her put her shoes on, you’ve cleaned the dishes and packed the snacks. You and your man have juggled whining and zipping coats and finding socks; who cares if they match or not – everyone finally has shoes on.

You’ve done it right, you’ve been reasonable in the face of irrational toddlerhood.

And you’ve bent low to meet the needs of three tiny humans straining against their own limitations. You’ve reminded yourself you’re the grown up and you’ve tried real hard to act like it.

You get it right.

Some days you get it right, right up to the finish line.

And then he flings his tooth brush, he dunks his head in the bath water while already dried and wrapped in a towel. He refuses to quit asking for that one last snack and it’s easy – it’s easy to let the temper pour out of you like a hot rush of lava and it can feel so good. Clenched fists and jaw and gut, you have a bad moment easily as irrational as his.

You know the one.

The voice so familiar it sounds almost like your own. The voice that’s always there when the dinner doesn’t turn out right, when you forget to sign the field trip form, when you’re days behind on their math homework, when the dog jumps the neighbor’s fence. Again. That voice that alternately laughs like a manic jackal at the long list of everything you get wrong or whispers into your soul that you’re no good at this. No good, again.

Maybe you’re too tired right now to recognize it, maybe you’re too overwhelmed by a new week, maybe those dishes from last night with the pasta still stuck in little chunks make it hard for you to see anything that isn’t in the line of sight of the sink, so let me say it for you.

Let me remind you, friend, that that voice is a liar and a cheat. It will rob you of the rest of the day, it will hack away at the good parts, it will spit on the beautiful moments that happened right there in the minivan in between meltdowns. Those magical, parenthetical moments when everyone is laughing and the world is full of the glory of new beginnings and they look like an eight, five and nearly three year old. 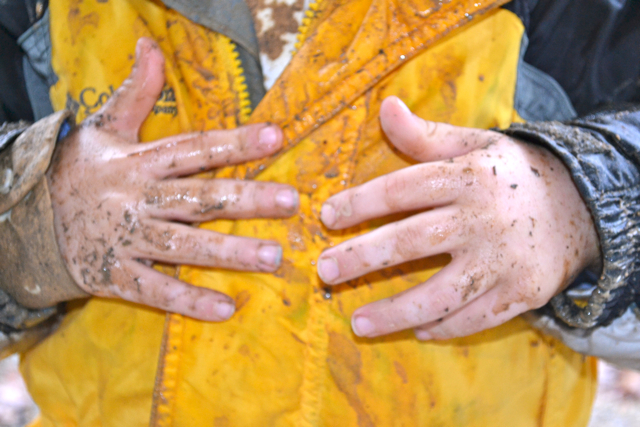 Buy ear plugs if you have to – turn up the music, dance to the fact that you are doing it – you are mothering and it’s the hardest gig for the most demanding audience.

Don’t waste the good moments on that voice. Don’t listen. Learn to tune it out and run to your kids instead. Run and hug and laugh away the bad moments. Say sorry when you need to and stay down on your knees a little longer, look around and see how the world is small and big at the same time and it’s right there in your hands.

You haven’t dropped the ball – you’ve just had a bad day.

Get up friend. Keep getting up. This is how we learn to walk. By falling down a lot and then getting right back on up.

Because sometimes the best way to help our kids is to encourage their mothers, so this. This is my daily reminder. To you. To me. To us.

My book – Surprised by Motherhood – shares my own journey of grace and you can order it right here.
Or download the first three chapters for free over here.