When You Feel Like Nothing You Do Makes a Difference, Read This

« The One Thing You Absolutely Can’t Afford to Miss Out On Today
If Motherhood has You Feeling Defeated and Alone Today, Read This »

There are so many days that feel like the day before, aren’t there?

There are so many dishes that you just washed five minutes ago that will need to be washed at least five more times today.

There are so many to-dos that you do just to write them down again because they will need to be done over and over and over again this week to keep your family moving forward.

Sometimes all the do-overs can make you feel like you’re trudging through quick sand – never really getting one foot in front of the other – only just treading in the same place to stay afloat. A million little to-dos stuck on repeat in your head and your life and sucking you down into a feeling of insignificance.

Because today I’ve got a list of to-dos that you already did.

And what you did? It changed lives, man. Like, for real. Come with me – come with me to Maubane, South Africa. 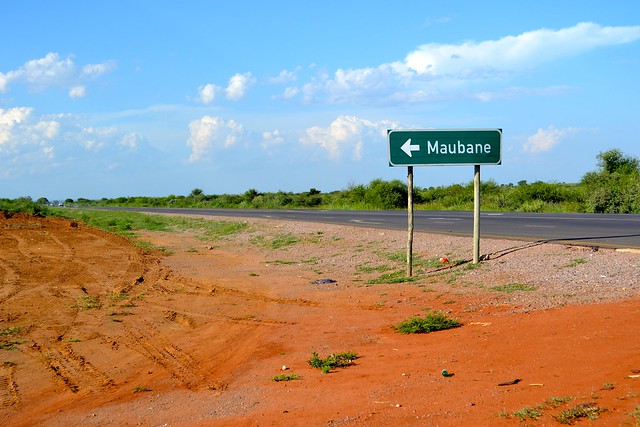 1. You Built a Water Point and Laundry Center

When you feel defeated by your piles of laundry. When you can’t stand the idea of folding and putting away another load – remember this – because of YOU and one day a year ago that we all spent doing virtual laundry together, there is now a water point and a laundry area where before there was NOTHING.

And it provides clean, fresh, reliable water to a community of 400 moms and kids and families and there’s NOTHING ORDINARY about that! 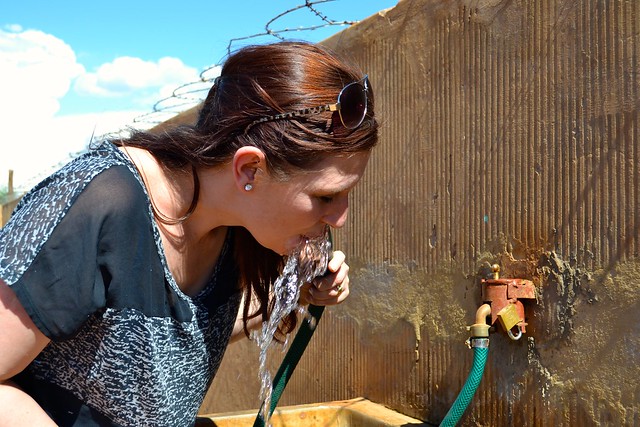 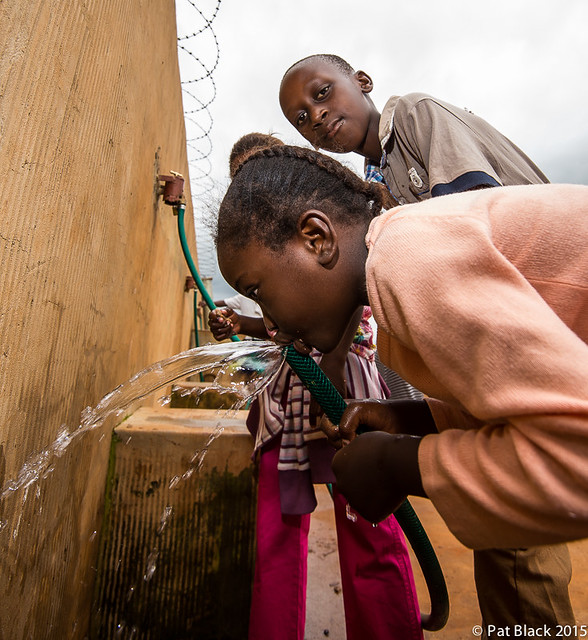 Because Maubane became one of your to-dos and to-loves my Jackson could help a friend wash his hands in clean water on a concrete foundation this week instead of in the dust and the mud of a single broken spicket. 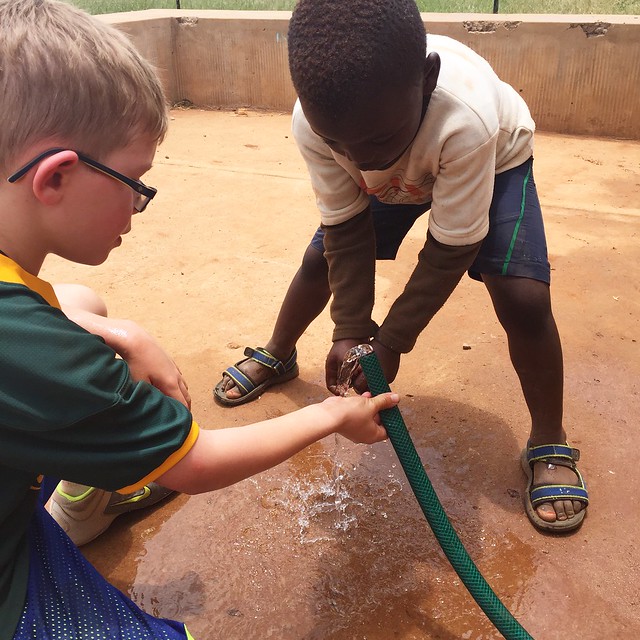 And I could meet the folks coming to collect water in jerry cans for their whole families. And I could pass along the many, many, MANY thank-yous I heard from the people of Maubane for how you’ve impacted their lives – all you mamas across the ocean who understand about laundry list to-dos. 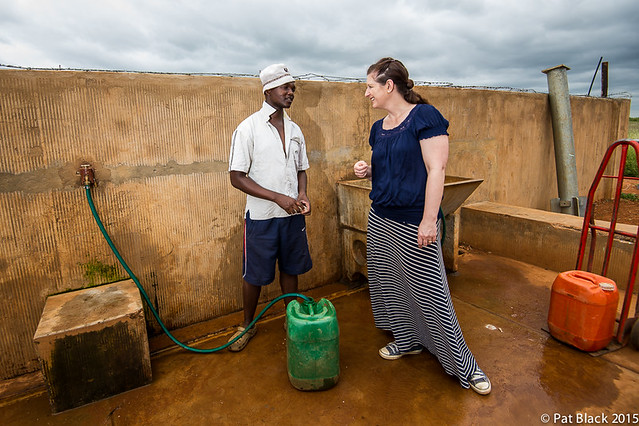 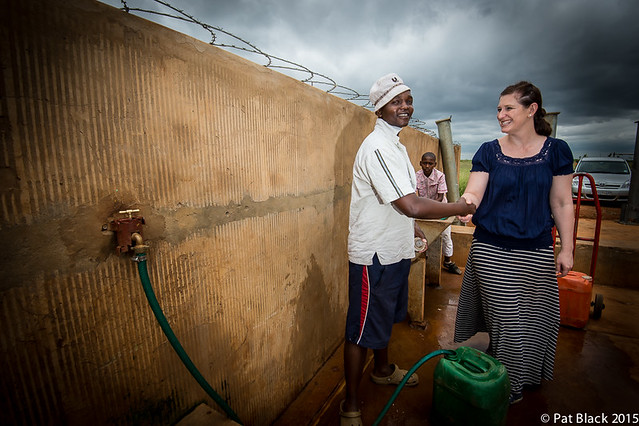 We shook hands and I drank the fresh, delicious water and received the thanks to pass along to all of you who made this moment under the blazing hot sun possible.

2. You Funded a Community Veggie Garden

This is Rhona. She’s one of the first members of the Maubane Community Vegetable Garden. She grows corn, cabbages, tomatoes, squash, onions and carrots because YOU GUYS made her community garden one of your to-dos. 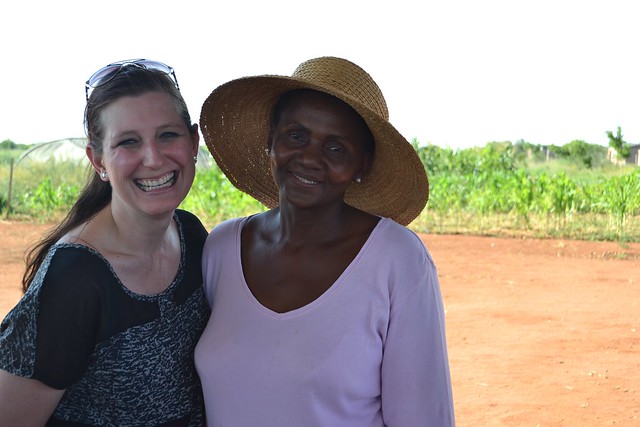 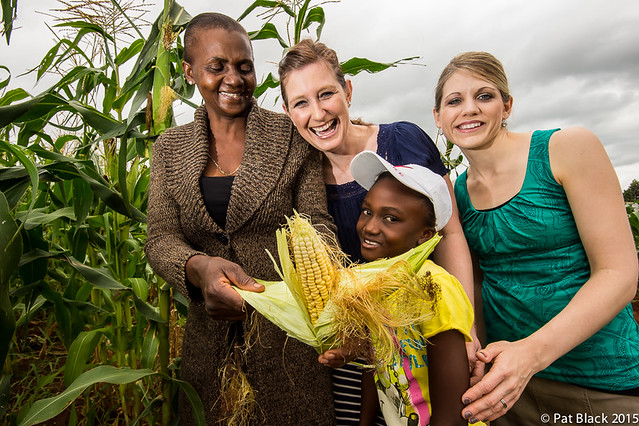 Rhona commutes to work by bus an hour and a half each way each day and spends the fringe hours of her day working on her plot in the community garden. It’s a learning curve because we’re implementing a new method of farming and it takes courage to try new things. And it can be frustrating when the birds and the bugs try to eat their way into your garden. But Rhona isn’t giving up. She’s all grins when I ask her how much she’s made from the garden.

She tells me, $67 into her pocket so far on half the corn crop alone. And she’s making plans already for what she would do differently next time she plants. But she’s delighted to let us all know that the tallest corn in the garden? That’s her patch. And she’s teaching her daughter everything that she learns as they work together in the garden. 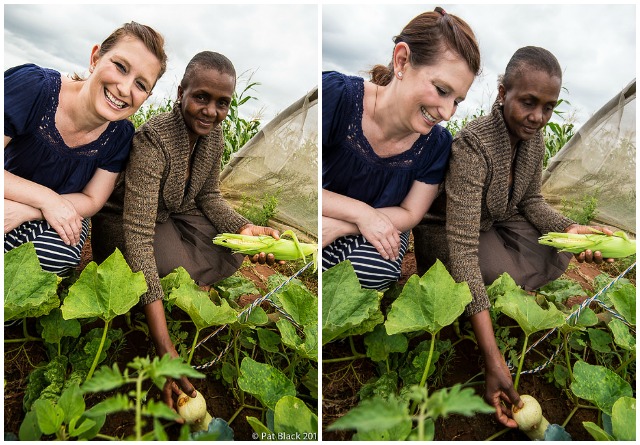 Lebelo is just as excited about his plot in the community garden. He’s all grins as he talks to us about his corn crop that he works on before he commutes the same hour and a half into the city to work as a night security guard. He is overwhelmed by his own to-dos and tired by his commute but he keeps showing up. Day after day. Determined to grow food for his family and it’s because together we have all partnered with Lebelo.

Because you all fell in love with this country a world away, these neighbors that live and love and raise kids and crops and struggle to make it to work on time just like us – because we made this one of our to-dos we get to harvest the incredible crop of hearing Lebelo describe his garden and watching as he proudly points out what his hard work has grown. 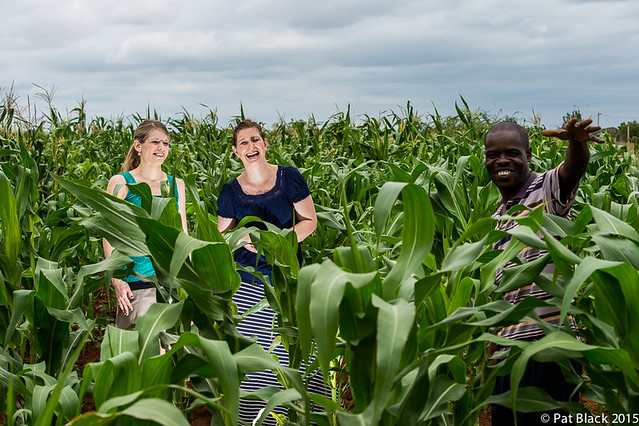 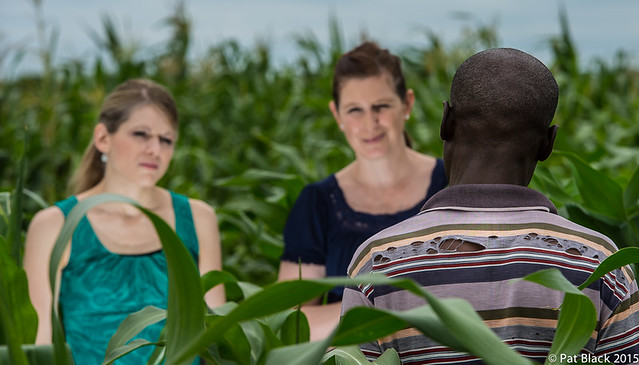 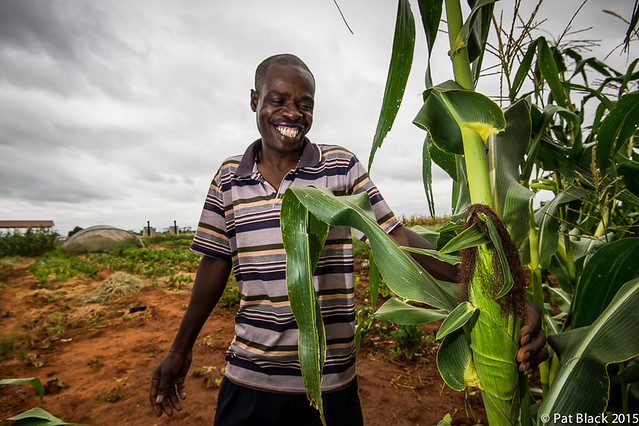 Because you the tired mom who was up all night with her newborn. Because you the working mom who must drop her kids off at daycare and battle her own guilt and labor with love to provide for her family said yes. Because you there doing the dishes and you who read this old post a year ago or you who just discovered what we were up to made this a must-do.

Because the readers of Money Saving Mom joined us, because you all shared, and because you gave and prayed and told the story, Crystal and I could visit in person and stand in the sky high corn as a literal reminder that what you do matters. Because the God who made us all and named us and called us into being part of His work says Maubane matters to Him. And He invites us into the gift of partnering with the good work He is doing there. AND YOU SAID YES!

I could cry from the joy of it all.

Crystal and I? We laughed AND cried at the wonder of what we get to do with the God who invites us into His work. 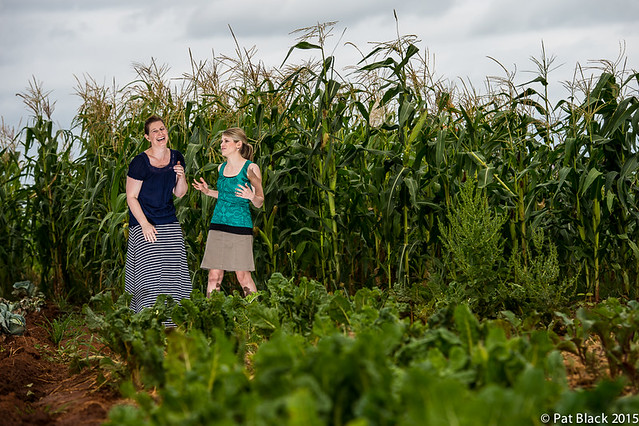 3. You Built a Playground and Netball Court 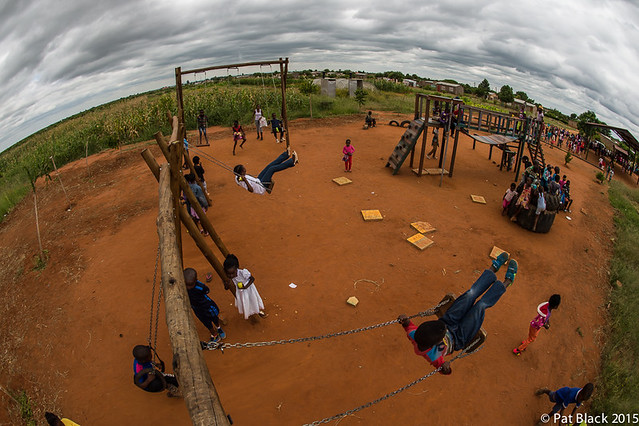 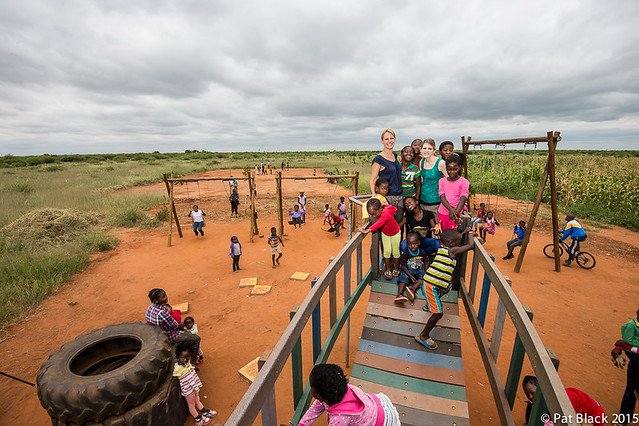 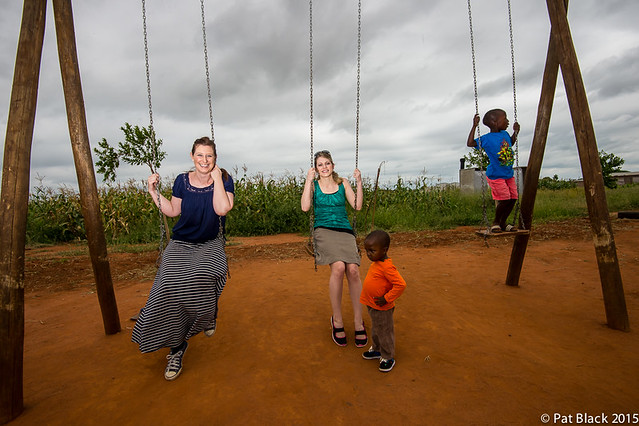 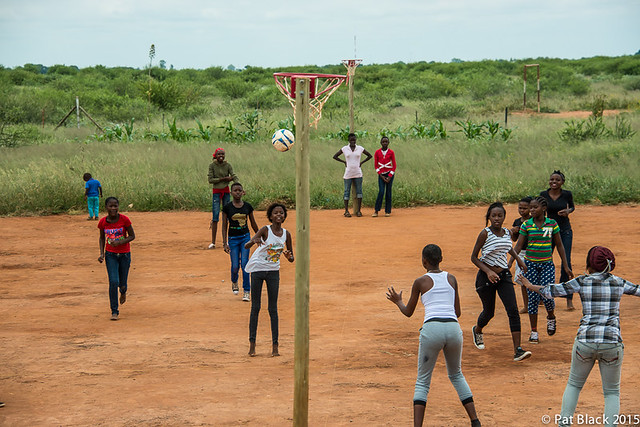 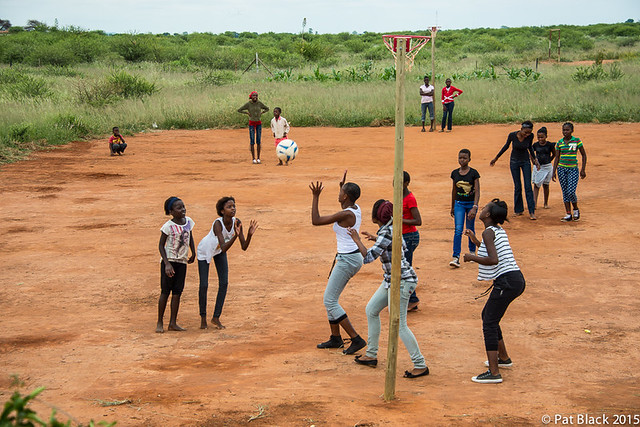 Can you even believe that playground? And the money raised stretched far enough to include a netball court as well – think basketball, but different.

Oh and my favorite, FAVORITE part about the jungle gym on the playground? It totally doubles as a pulpit for children’s church on Sundays! CAN YOU EVEN!!! 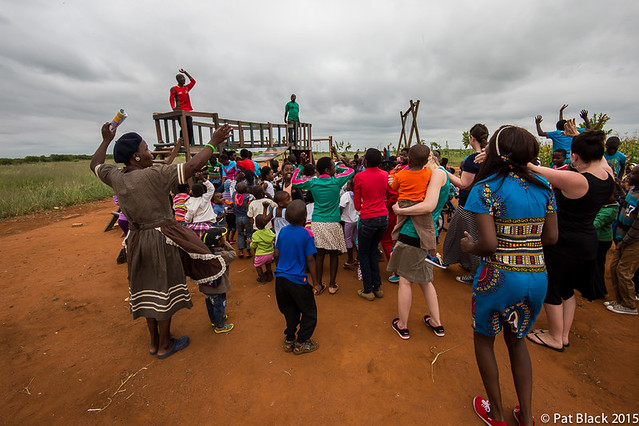 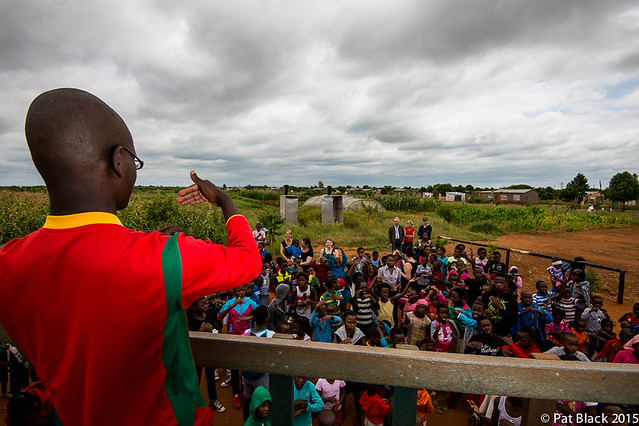 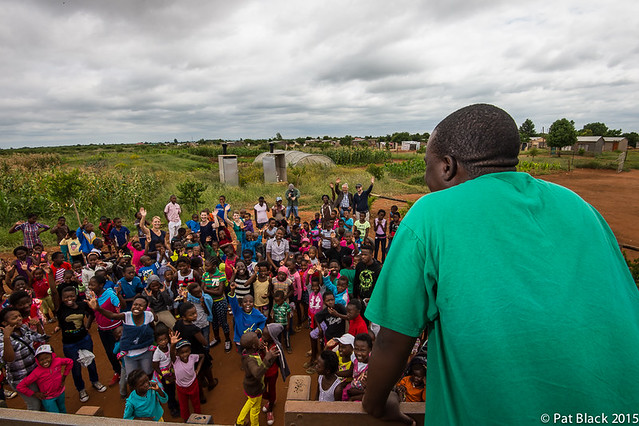 So, the next time you wake up to a day wondering if what you do matters, BOOKMARK THIS POST, so you can pull it up real quick and be reminded – that there is no part of your everyday, ordinary life—your sleeping, eating, going-to-work, and walking-around life – that can’t be an offering to the God who makes all things new.

He sees how you struggle and wonder and ache to make ends meet. He sees how you give and love and live generously. And today, here is your reminder that what you do matters.

Especially in a small corner of the world called, Maubane, South Africa.