What Do We Tell Our Kids When They Have “Unrealistic” Dreams?

« What If You Were Kind Instead of Critical to Yourself Today?
I’d Love To Meet You In Person This Year – Will You Be In Any Of These Places? »

My kids take me to places in my heart I didn’t know were there.

We ride home in the dark from his first try out for track. 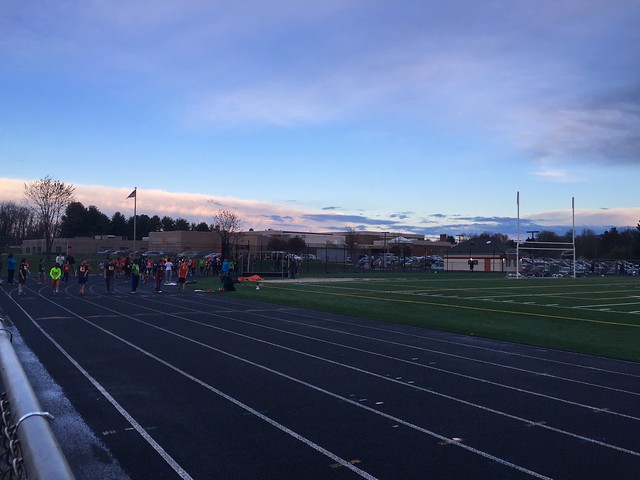 He’s followed the career of Usain Bolt for years now. He talks about the Olympics like it’s a real date on his calendar in the future. And I hold onto the steering wheel unsure how to put into words all the thoughts I’m having. Thoughts about caution. About realistic dreams. About how gold medals are not the gold standard for accomplishment.

But his eyes are lit up by the street lamps that flash past us. And I know that he’s way out ahead of me already. And do I really want to be the anchor here holding him back? How do I cheer for him while also being a plumb line for truth – that just because we wish something doesn’t actually mean it will come true. That just because we run our hearts and lungs and guts out does not mean we’ll end up winning.

What of small boys with big hearts? What of fierce boys who still can’t make their legs grow longer no matter how hard they wish it.

What do their mothers tell them?

When they ask you if you believe that they’ll make their way to the Olympics one day, what does that mother behind the steering wheel who can’t see the future tell her son?

We pull into McDonalds for ice cream. Because two decades ago my own mother used to remind me before every race, “My darling, if you win today, I’ll buy you an ice cream. And if you don’t win, I’ll buy you TWO ice creams!”

He knows the promise by heart.

I heard him whisper it as a reminder to me on the track as all the kids from his age group were gathering around the coach. All these giants kids. How do they get so tall? And his blonde hair bobs in between them, his smile always ready for any sign of welcome. His ability to meld into any melting pot is gold medal standard.

It’s so cold standing out there behind the chain fence watching them come hurtling down in packs of hopes and dreams — all these boys with their faces set into the wind and their arms pumping. I’m that weird mom cheering every heat home. Because when last did I hurl myself down the track with such desperate commitment. When last did I go for it – knowing I might come in last?

But he doesn’t come first either.

We sit in the dark car and he eats an Oreo McFlurry and I try so hard to find the words to show him that this faith we believe in is about more than gold medals. But I don’t want it to sound like a cop out. I don’t want it sound like an excuse. I don’t want to be the mom he says I feel like – “Who doesn’t seem to really believe me when I tell you I’m going to the Olympics.”

So I tell him I will believe he can fight.

I will believe that he’s got the fight in him and so I will help him. I will be the mom who sees every practice, every time trial, every lap as the fight he’s winning. That’s the gold medal of showing up. Doing the hard work when no one is looking. I tell him that’s the stuff of medals.

I’m not sure he believes me. Although he nods. He tells me that is good advice.

But no one will be able to say we didn’t run our guts out on the track – even when no one was really looking.

I’ll be looking I tell him.

I don’t want to preach to him – I want to live with him. But I do tell him that quirky thing about Jesus – how anytime he did something miraculous he was always trying to get people not to tell anyone about it. Upside down, Jesus.

We drive home in the dark and I leave him with that image. Jesus who didn’t need medals or praise to feel like he had been great at something. That sometimes greatness is taking the time to help the kid who had his number pinned in the wrong place adjust it before they raced.

Sometimes gold medals are given in the dark.