How I Get My Big Kids To Open Up To Me

He was waiting for me in the big bed after I got done tucking in his little sister. 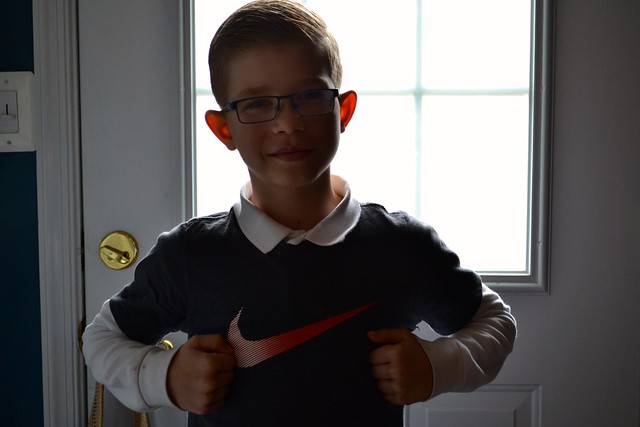 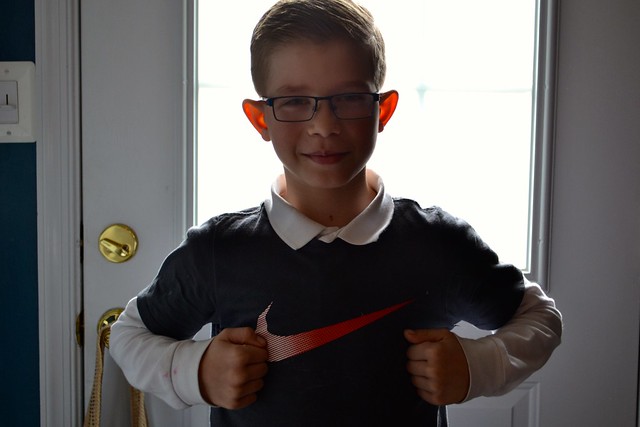 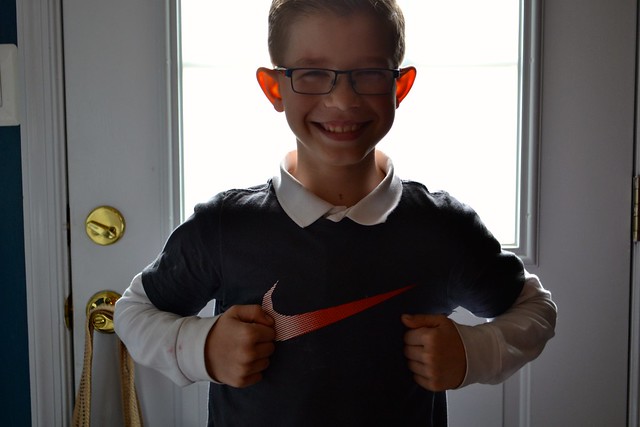 His glasses were lying on my dresser and he was spread out on the far side of the bed – his daddy’s side – because he likes the way it feels there up near the wall. But he also knows his mom likes her side and her pillow and he gives me plenty of room to crawl in and start talking.

I’ve often dreaded this ritual of Wednesday nights. Because I’m lazy and tired and after 9pm I don’t want to be on duty anymore. I want to be buried deep in the storyline of a great TV show.

But he’s going to be 11 and he still wants to do Wednesday nights so I’ve been talking seriously to myself about it. While he wants to share I want to listen. I want to build into him the muscle memory that me and his dad are the safest place for hard questions.

So I turn on the playlist of bedtime music and settle in next to him and just stare at him until he starts to grin awkwardly and asks me, “What? What are you looking at mom?”

And I tell him, “You. I’m looking at you. I can’t even believe how huge you are.”

And he laughs and then he sighs and rolls over to look at the ceiling. “I’m not big. I’m little. Everyone teases me about how small I am.”

My heart clenches with all kinds of complicated feelings and I tell him, “Oh man, but you used to be a tiny, squishy bundle of baby next to me and now you’re 11.”

And I laugh because he’s already a giant compared to the baby version of him that is the template I won’t ever be able to let go. It’s the measuring stick I’ll always have in my mind when I look over at this first born of mine and wonder how on earth those arms and legs folded up tiny enough to fit under my skin.

He chuckles up at the ceiling and we both grin in the dark.

If you want to hear what your kid is thinking you have to be willing to wait. We wait quietly next to one another as the country music he doesn’t like plays – because I chose the music tonight.

I lie there remembering and it’s all so fresh again when I watch it play out reflected in his fascinated eyes.

“Your story just keeps getting more interesting,” he tells me.

And his nose is only inches from mine.

“That’s because you’re getting older. And I can tell you more of it.”

His smile pulls his cheeks wide and we keep talking.

All these questions about everyday questions from the girl in the school corridor who didn’t believe him when he told her that “sex” was also a way of describing someone’s gender.

I tell him that’s exactly right. It’s right there on every boring form I have ever had to fill out.

And he’s quiet as he thinks about the things kids say, the things that bother them, the things he doesn’t understand yet.

So I tell him that those kinds of questions aren’t going to stop. The next few years might get bumpy around him, I say. Boys and girls are going to be discovering their own bodies and each other and the journey can be intense.

“There’s nothing you can ask me that will embarrass me or shock me,” I tell him.

He turns his cheek toward me, the pillow soft underneath us both.

“You know, when I was a teenager kids used to tease me about how skinny I was,” I tell him. And he rolls over to face me with his whole body and moves even closer.

“Yea, I was this crazy, skinny little girl and there was nothing I could do about it. They used to call me a flea on toothpicks.”

And I laugh because it feels a million memories ago.

But it’s the first time my first born is hearing it and the next thing I know he’s wrapped his own skinny arms and legs around me and is lying curled up on my back with his whole sweet self wrapped around me.

Twenty five years later and that hurt I’d forgotten is 100% healed over.

By my skinny son.

His heart is fiercely strong and I roll over and hug him back and he tucks himself into me and says, “You can snuggle me now mom.”

And we lie quietly in the dark, a human pretzel, as the radio sings over us.

I know we’ll both be tired in the morning. On Wednesdays we always stay up too late. But that’s on purpose. That’s parenting in the quiet dark when time stands still because we’re standing on the holy ground of a kid who’s invited you into their world.

It takes actually showing up.

I lie listening to him breathe, feeling the inhale and exhale of those bones and blood and lungs under my arms. I squeeze tighter and let go quickly because I don’t want to disrupt him, or this moment.

I just lie in the darkness cocooned with my son and if I didn’t know better I’d think the moment was ordinary.