« Poprocks for the woman’s soul
Forget dinner & a movie »

So, after reading the comment by the Harvard Housewife I realized – duh – I don’t need no preschool play to see my little goat. I’ve got a flipcam and plenty of time on my hands since we are snowed in and completely housebound. So, without further ado, I am delighted to share with you the “on-demand” version of “Goat number two” doing his thang (accompanied by little brother number two).

And yes, those are snow pants and a shapka – TWO FEET of snow, people!

Tonight our four-year-old was supposed to star in the preschool Christmas play. As “goat number two.” We could not have been more excited if he had the lead in Les Mis. He had two lines:

I was amazed at the wonderful sight,

I, said the goat, so spunky and bright.

There were accompanying actions. It was a thing of beauty to watch him shake his little tooshie and work the jazz hands. To anticipate his debut in this, his first in a lifetime of school concerts, felt like a parental rite of passage.

When I was 5 months pregnant with him and living in Johannesburg, South Africa we attended his cousin’s elementary school end of the year production. It was the first time in my life I had experienced any genuine interest in those most painful of experiences – the children’s concert.

As I felt the baby inside me roll and shift with the strong beat of the music and the shrieking of a hundred little girls, my heart ached in precisely the way it ached tonight. It felt full to bursting with the joy of anticipation. I was about to join this long line of parents who have ushered their children into a taste of independence under bright lights and before a thousand star-struck eyes.

The distance between the children on the stage and the parents in the audience might as well be measured in miles. Because it symbolizes a stark ability for these little souls to step out of their comfort zone and take on an assignment that requires memorization and the ability to master one’s nerves. All while their parents sit tantalizingly within eye’s reach.

After tonight, I have come to believe that for a child to wholly embrace the moment both courage and joy are required. Courage to step away from the familiar and into a new set of circumstances. And joy to make that experience one’s own. Because when it bubbles up from the toes, then even the words of “goat number two” are transformed for the listeners into a lyrical testament to God’s delight in mankind and mankind’s celebration in return.

Instead, “goat number two” crashed and burned in a big way.

It started before we even arrived at the school. “Goat number two” informed us seriously and adamantly that he would not be performing tonight and that instead he preferred to, “sit with you guys.”

Seeing the goat costume did not help.

All reasoning failed. All attempts to force him into the costume were disastrous. And when faced with my hysterical son yelling at me from a corner of the ladies room that the costume was “weird, mama, just so weird” and pleading to “just be with you and dada” I found myself rethinking rites of passage.

Instead, he squared off with me, tears streaming down his face and stubbornness in the set of his jaw and resisted every attempt to make him budge.

It was a bitter pill to swallow.

I walked back to our seats with my kid beside me. And the parents roundabout nodded and smiled sympathetically. Pete and I sat through the entire production with our little star between us instead of between the other gentle beasts of Bethlehem. What made it somehow worse was how utterly at ease he was there, on the pew, between us. He sang along, he clapped and yelled out “good job” to his classmates. He even did some of the actions. But he would not change his mind or his location.

Pete and I both felt like we had lost something precious. This particular “first” that we had been telling folks about all week broke into several sharp shiny pieces at our feet.

It was a hard, strange evening. We wouldn’t have wanted him to be like those other two kids up on the stage who had tears running down their cheeks and onto their costumes. But, nor would we want him to get comfortable walking away from the team when it’s convenient for him.

But mostly, mostly what I realize is that the central lesson was not about him.

It was about me. This was still a first. And I need to remember this small taste of what it feels like to put your own dreams onto your child and then be crushed when he doesn’t deliver. I do not want to make a habit of that. Especially when it starts to have implications that are much bigger than a preschool play. For both our sakes. 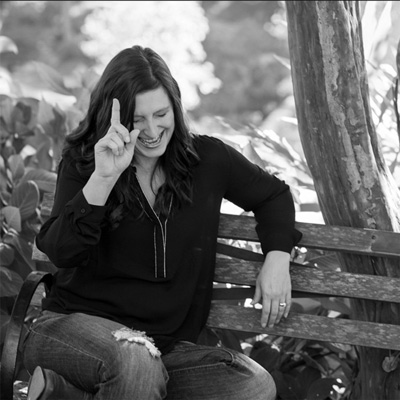