A “tall mom” falls down

« Moon rise over Zanzibar
Poprocks for the woman’s soul »

This is the tweet that our church’s youth pastor sent after our family concluded its first photo shoot in a decade:

Yes, folks, this beautiful picture, which was taken outside our church came at the cost of my chin, my pride, and as it turned out, a dangerous pair of high heeled suede boots.

Parenting is an interesting experiment, isn’t it? Just when you are patting yourself on the back for getting your crew well turned out with minimal conflict, the need to show off the “pretty” side of family life rears its ugly head.

For once you want to be the family that has it all together. The family that might not own a home yet, have done laundry in a month, or cooked anything more nutritious than mac ‘n cheese all week, but sure looks the part.

You want your kid to put down his freakin’ sippy cup and smile.  And you are determined to chase him down to get that point across.

Truth is, no matter how we dress it up, we all have raggedy edges.

Two days after this photo shoot  I heard the director of the International Justice Mission give a presentation. He said something that has stuck with me – if you want to serve Christ, do two things:

Tell the truth. And go where there is great need.

It made me think of all the many, many moms that plow through the unfamiliar terrain of raising human beings in a world that tells them they need to look, sound or act a certain way while doing it. An impossible task with impossible expectations. Picture perfect parenthood does not exist.

And I think that sharing our un-photoshopped moments with one another is as good a place as any to begin sledgehammering that lie.

Between these two precious photographs, Micah threw up.

And I caught it – in my hands.

Not because I am heroic, but because I didn’t want him to mess up the front of his clean shirt.

Jackson kept telling me that he was tired. That he wanted to go home. And he would not surrender his sippy cup. When I insisted he sit still, he took off running. Naturally.

So, against all my better instincts, I ran after him.

And I fell. Hard. My jaw connected with the pavement first. Then the palms of my hands, my left shoulder, and my forehead.

It hurt a lot.

And it was the opposite of pretty. 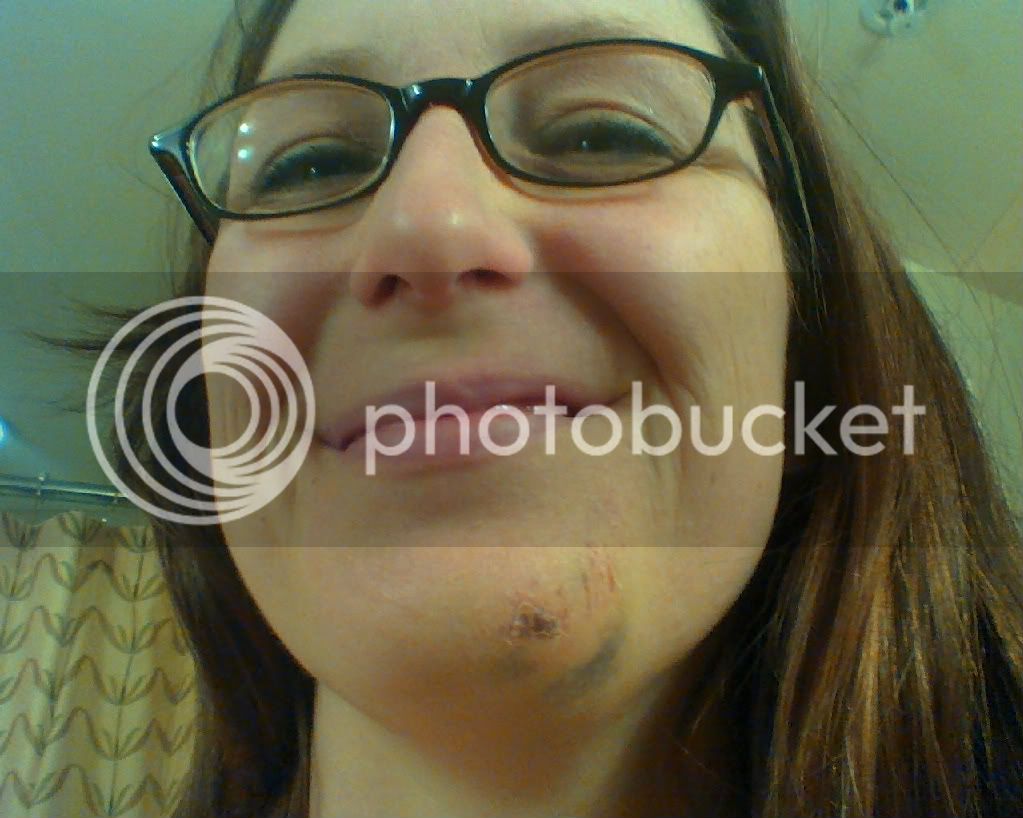 But it made me think about perspectives.

Family photos are all well and good, but the family members are a lot more important.

The image of motherhood is not nearly as important as the mother herself.

I now own that first truth. Inside and out.

I’m working on the second.